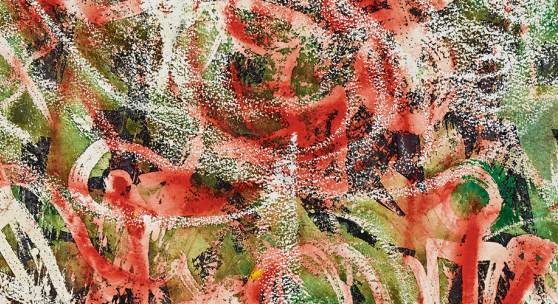 NEW YORK, 5 MAY 2017 – Sotheby’s S|2 Gallery is pleased to present two exhibitions dedicated to the work of Roy Newell and Alfonso Ossorio. On view now through 9 June 2017, the exhibitions will bring together defining works from two stalwarts of the New York art scene in the 20th century, and will run as part of a re-calibrated S|2 program that presents historically important artists who have previously been underrepresented in the market.

Allan Schwartzman, Chairman of Sotheby’s Fine Art Division, commented: “As our S|2 gallery refocuses towards artists who have been celebrated art historically but are under-recognized by the market, we are thrilled to present shows dedicated to Alfonso Ossorio and Roy Newell. While these artists have many differences, both are distinguished for a creative output that stands alongside many of the giants of 20th-century art. We curated these exhibitions to showcase the depth and breadth of the artists’ practice, from fifty years of Newell’s brightly-colored, geometric abstractions, to works-on-paper, paintings, sculpture, and assemblage by Ossorio. It is my hope that S|2 can contribute to broader recognition of these as well as other influential, but less commercial artists.”

Surveying over thirty years of the artist’s works on paper, paintings and sculpture, Alfonso Ossorio: Works from the Foundation brings to light the legacy of one of the great American artists of the post-war period; an artist whose career was often shadowed by his early patronage of his peers and close friends during the post-war period including Jackson Pollock, Lee Krasner, Jean Dubuffet and Clyfford Still. The works range from Ossorio’s abstract canvases and wax resist watercolors of the 1950s to his mixed media assemblages from the 1970s, detailing his technical processes and engagement with varying artistic ideals.

Featuring works of art from the Estate of Anne Newell – wife and unwavering advocate of Abstract artist Roy Newell – Roy Newell: Works from the Archives will showcase eighteen paintings spanning over half a century of the artist’s career. The works on view range from his early work – experimentations with brushwork, irregularity and monochrome palette to his signature style he developed by the 1960s: brightly-colored, geometric abstractions, many of which were worked and re-worked for weeks, months, and sometimes years.