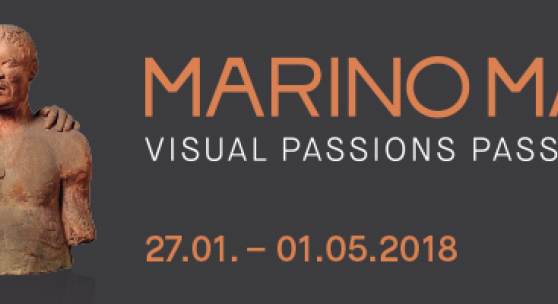 Marino Marini. Visual Passions is the first retrospective dedicated to Marino Marini (1901 – 1980) and it intends to contextualize Marini’s work in a broader art historical context.

The intimate galleries of the Peggy Guggenheim Collection, the exhibition’s second venue after Palazzo Fabroni in Pistoia, allow an unprecedented, concentrated and close examination of more than fifty sculptures by Marino Marini. These are exhibited together with twenty additional works ranging from antiquity to the 20th century which lend comparison to Marini’s work. The exhibition allows for an intensive dialogue between Marini’s sculptures and those from the Italian plastic tradition which interested the artist—the great models of the 20th century and important examples of the sculptural tradition from past centuries: Egyptian, ancient Greek and Etruscan antiquities, Medieval, Renaissance and 19th-century sculpture which have never before been exhibited at Palazzo Venier dei Leoni. Such dialogue offers a new and critically innovative point of view on the themes addressed by Marini, moving beyond the limits of chronology, styles and periods. Following Marini’s artistic production from the 1920s to the 1950s, each room displays aspects of this dialogue. More than 70 works are exhibited in the temporary exhibition galleries as well as in the museum’s Project Rooms and the adjoining veranda.

The exhibition is curated by Barbara Cinelli and Flavio Fergonzi with the collaboration of Chiara Fabi, and it has been overseen by a scientific committee comprised of the curators and Philip Rylands, Salvatore Settis, Carlo Sisi and Maria Teresa Tosi.