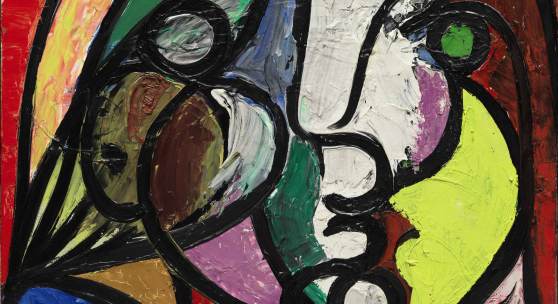 Showcasing Over 40 Portrait Works by Pablo Picasso and George Condo, Including a Selection of Important Works on Loan from Private Collections One of the Largest Exhibitions of Works by Picasso in Hong Kong

Face-Off: Picasso / Condo unites two prodigious portraitists from the West. By placing portraits from two distinctly different periods side by side, the show explores the creative processes of each artist while celebrating the kinetic dialogue between their works. The paintings exhibited have been carefully selected and curated to emphasise their similarities and contrasts.

Portraiture is critical in the oeuvre of both Picasso and Condo. In the early 20th century, Picasso pioneered new ways of using portraiture to convey the emotional dramas of his subjects – usually an intimate group of close contacts, family members and lovers. His creative impulses, seen in many different styles and movements, radically transformed the realm of portraiture and the development of modern art. A century later, George Condo continues to revolutionise portrait painting by mining art historical references ranging from the Old Masters to the early Modernists to invent figures inspired by real life personality tropes. Condo recontextualises his predecessors’ works to realise his highly distinctive vision with clear inspiration drawn from the works of Picasso.

By engaging and negotiating with the past, both Picasso and Condo worked within the conventionally established parameters of classical portraiture yet innovated from the inside out. Both artists are highly successful and have doubtlessly made their mark in art history as well as the contemporary art scene.

ABOUT THE ARTISTS
Pablo Picasso (1881 – 1973
) Spanish artist Pablo Picasso opened his viewers’ minds to a new frontier of portraiture in the early 20th century by adapting Analytic Cubism, a radical contemporary approach, to transform the realm of portraiture and the development of modern art. From his initial artistic explorations through to his final works, portraiture remained a favored genre and the human figure a preferred subject. His earliest portraits reveal the generative roots of his genius, his advanced aptitude for capturing likeness and conveying personality and state of mind. As his career progressed, and his style evolved in the extraordinary and groundbreaking way that has made it legend, portraiture continued to be a stage upon which he ardently experimented with the full range of his innovative language, from symbolism to cubism, surrealism to expressionism.

George Condo (b. 1957)
One of today’s most thoughtful and inventive contemporary artists, American-born George Condo takes inspiration from disparate masters before him, woven into the fabric of figurative painting into a playful and provocative new context, both reviving and humorously undermining the integrity of the genre of portraiture. Although Condo’s oeuvre cannot be easily dissected into discrete periods, his commitment to portraiture reveals an evolution, from the initial ‘pod’ figures to the more recent ‘unedited human disasters.’