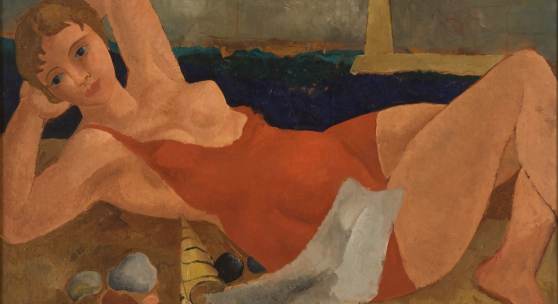 London, 12 April 2018: This Summer, the Jerwood Collection of Modern and Contemporary British Art will hold an exhibition of twenty-five works by some of Britain’s most distinguished artists, opening to the public on 8 June 2018 at Sotheby’s London.

Twenty-five years after the Jerwood Collection’s first-ever purchase – Sir Frank Brangwyn’s From my Window at Ditchling from an auction at Sotheby’s London – the exhibition is set to commemorate the Jerwood Foundation’s legacy of championing 20th and 21st century British art. The show will highlight important pieces from the Collection which illustrate the rich history of British art, including works by renowned 20th century artists such as Walter Richard Sickert, Paul Nash, and Sir Stanley Spencer RA, alongside leading contemporary artists Rose Wylie RA, and Maggi Hambling, among others.

Frances Christie, Sotheby’s Head of Modern & Post-War British Art, said: ‘We’re thrilled to be hosting this exhibition with the Jerwood Collection, which presents their forward-thinking approach – with the philanthropic aim of collecting privately for public display always in mind. From their first acquisition which was bought here at Sotheby’s, each and every one of the twenty-five works that will be on view was acquired in such a thoughtful manner, which will no doubt inspire a new generation of collectors of British art today.’

Lara Wardle, Director Jerwood Collection, commented: ‘From our first purchase 25 years ago at Sotheby’s, the Jerwood Collection has grown to hold nearly 300 works of Modern and Contemporary British art and we are delighted to mark our anniversary with this exhibition of 25 works which span the 20th century. The Collection continues to grow with new acquisitions and through our national loan partnerships we look to continue to contribute to the understanding and enjoyment of British art from the 20th and 21st centuries.’

Collected by Alan Grieve, Chairman of Jerwood Foundation, and curated by Director Lara Wardle, the Jerwood Collection aims to present a private collection that preserves personal significance in a public space. Much of the contemporary strand of the Collection was developed through philanthropic activity, in line with the commitment of the wider Jerwood family of organisations to support the visual and performing arts in the UK.