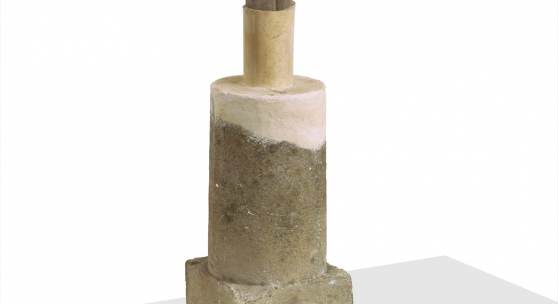 After the comprehensive London exhibition curated by Sir Norman Rosenthal, Galerie Thaddaeus Ropac now presents a small, intimate show of early works by Joseph Beuys in the gallery's Annex in Salzburg. On display will be sculptures and drawings dating from the latter half of the 1940s and the early 1950s.

All the works are subsequent to his enrolment at the Düsseldorf Academy of Fine Arts, at the age of 25.The exhibition centres on a series of five wall-sculptures referring to the iconography of the cross, showing a synthesis of Christian and pagan motifs typical of Beuys' work, three primitivistic, idol-like female figures, and the bronze Hirschkuh mit Jungem [doe with calf] (1948) which, like all these works, highlights motifs which were to become essential in Beuys' œuvre in subsequent decades. The Salzburg exhibition offers a rare opportunity to study the formative early years of one of the most influential artists of the latter half of the 20th century.