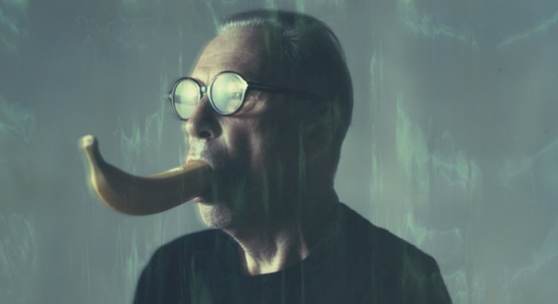 Galerie Thaddaeus Ropac London presents an exhibition of new works by the Austrian artist Erwin Wurm (b. 1954), who has never before received a solo show of this scale in the UK. Over the course of his career, Wurm has radically expanded conceptions of sculpture, space and the human form, through his participatory One Minute Sculptures, in which the viewer is instructed to interact with everyday objects in a prescribed way. These ephemeral sculptures are recorded in photographs, drawings and videos, and will be presented in the exhibition by a new series of Polaroids, as well as live performances throughout the run of the show. The exhibition will also include the latest in Wurm’s Fat Car series—a Mini in racing green —as well as recent drawings and an entirely new body of ceramic works.

Wurm first came to prominence with his innovative One Minute Sculptures, which he has been creating since 1997. As the artist describes, “I began to question my fundamental understanding of sculpture. In the process I arrived at the concept of time, followed by theoretical considerations on the aspects of mass, volume, fullness, and surface. The concept of time has become the essential aspect of my One Minute Sculptures.” It was Wurm's One Minute Sculptures that inspired the Red Hot Chili Peppers’ video for Can’t Stop (2002), in which the band performs its own versions of Wurm's work from this series, two of which are included in Tate's permanent collection, London. In these works, the boundaries between performance and daily life are blurred and the roles of viewer and participant or subject and object are conflated. There is often a contemplative or philosophical dimension to the One Minute Sculptures, which act as catalysts for a moment of introspection by placing the viewer in an awkward or paradoxical relationship to the object.

Galerie Thaddaeus Ropac will be staging live performances each Thursday, Friday and Saturday during the Erwin Wurm exhibition run of the One Minute Sculptures, in which an individual is instructed to interact with everyday objects in a prescribed way which is then represented in photographs. Visitors to the exhibition will be invited to participate in creating their own One Minute Sculpture according to the artist's instructions, which will be recorded in a Polaroid image for them to keep. Full details of dates and times and the gallery location available here.

The idea of the human body as sculpture is also obliquely evident in Wurm’s unsettlingly anthropomorphised objects, such as Fat Mini (2018), one his fattened, anthropomorphic automobiles that address our value system. Wurm views the bodily act of gaining or losing weight in sculptural terms, as the addition or subtraction of material, and often creates illusions of growth or shrinkage in his work. In the Fat Cars, which Wurm began making in 2001, he adds bulbous layers of Styrofoam and fibreglass onto the existing framework of the car, transforming its sleek lines into a flabby mass. As he describes, “the idea was to combine a technical system (the car) and a biological system (the human being)”, forming a powerful visual critique of society’s gluttonous consumerism and its paradoxical obsession with thinness. “They say that over time a master becomes more and more like his dog”, he explains. “That’s what I was thinking with the fat cars.”

The boxy, attenuated forms in Wurm’s latest Clothes Sculptures reveal a strong relationship between inner structure and surface: “the anthropomorphic form of the human body signified by the coat or the jacket brought together with basic geometrical forms”. Just as clothes conform to the body of the person wearing them, the suits and dresses in the Clothes Sculptures take on the form of their underlying geometric “torsos”. When Wurm first began creating these sculptures, he clothed them from his own wardrobe, but turned to second-hand shops when he started running low on supplies. These clothes retained something of their former owners: “I realised that I got not only the material, but also parts of the people who wore them—people who had feelings, thoughts, and passions—and this also conjured up their daily life, which raised questions about consciousness of conditions in our society, questions about health care and being overweight.”

The exhibition will also include an entirely new series of ceramic sculptures, which take on the aspect of bodily abstractions. Wurm often connects psychological states to the human body as an object, deliberately challenging traditional sculptural forms and pushing them into precarious states of distortion. Wurm takes the time to draw almost daily, using the materials at hand to produce pencil, pen or watercolour works on various kinds of paper. His drawings represent the working through of particular ideas or concepts, and thus exhibit great thematic and technical diversity, encompassing his entire creative cosmos.