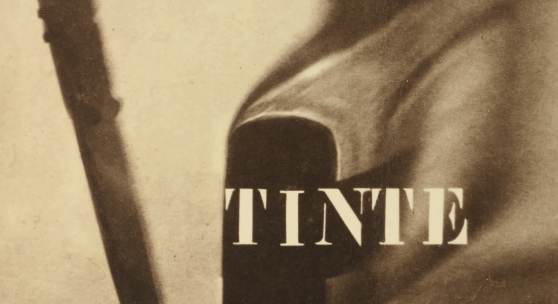 Highlighted By: A Rare Print of El Lissitzky’s ‘Pelikan Tinte’ From the Collection of Manfred Heiting

Never-Before Seen Images by Nickolas Muray Including Portraits of Frida Kahlo, Diego Rivera and Miguel Covarrubias The Largest and Most Significant Offering By the Photographer to Appear at Auction

Exhibition Open to the Public on 29 March

NEW YORK, 19 March 2019 – Sotheby’s spring auction of Photographs on 5 April in New York includes a fresh and wide-ranging selection of images from all decades, from 19th-century daguerreotypes to contemporary works by Mishka Henner, David Yarrow, Carrie Mae Weems and Hank Willis Thomas.  Nearly 200 lots with estimates ranging from $1,000 to $500,000 will be on view in our New York galleries beginning on 29 March.

European Modernism & Avant-Garde Photographs
Anchoring the sale is an extremely rare print of Pelikan Tinte by El Lissitzky (estimate $300/500,000). Among the Russian-born artist’s most famous works, Pelikan Tinte combines photogram and typography to stunning visual effect. The ghostly form of an ink bottle floats across the image with its stopper flying above. A fountain pen - its ink tank perhaps recently filled - is clearly delineated; its position is angled as if having just finished writing the word ‘Pelikan’ on its own. The bright, stenciled lettering of the word TINTE (ink) punctuates the blurred background, rendering the finished image seemingly in three-dimensions. This rare work is further distinguished by its provenance, coming to auction from the personal collection of Manfred Heiting. A renowned collector of the medium, the present photograph has remained in Heiting's personal collection since it was acquired nearly 30 years ago. At the time of this sale, it is believed that only two other examples of this image have appeared at auction in the last three decades. Photographs by August Sander, André Kertész, Werner Rohde, and Piet Zwart are also on offer.

Fashion Photography
An all-embracing visual culture has pushed fashion photography into the spotlight over the last decade, with works by famous names such as Richard Avedon, Helmut Newton and Herb Ritts becoming highly sought after. Arguably one of the most dominant photographers of the 20th century, Irving Penn is represented by a number of works, with subjects ranging from fashion to portraiture and still life. The group is led by a platinum print of Black and White Vogue Cover (estimate $150/250,000), which was first published on the cover of the April 1950 issue of American Vogue, as the lead illustration for its feature article, ‘The Black and White Idea’.  With its simple yet potent use of clean lines, symmetry, and positive and negative space, Black and White Vogue Cover was not only Penn’s first monochromatic cover but also the first non-color Vogue cover in nearly twenty years. The sale is further distinguished by a group of photographs from one of today’s most influential photographers, Annie Leibovitz. A prolific photographer for Vanity Fair, Rolling Stone and Vogue, her images of Keith Haring, Demi Moore, Whoopi Goldberg and Steve Martin are among the most recognizable portraits of the 20th century.

American Modernism
American Modernism is featured throughout the sale, with a selection of works by Ansel Adams, Brett Weston, Edward Weston, Harry Callahan, and Minor White on offer. Three impressive mural-sized prints by Adams, including both the horizontal Aspens, Northern New Mexico (estimate $150/250,000) and the vertical versions fully convey the photographer’s technical prowess both behind the camera and in the darkroom. Among the sale’s five works by Edward Weston, Shells (3S) is remarkable for its rarity and provenance (estimate $50/70,000). It was acquired directly from the photographer by Euliel Ballenger White, an early admirer of Weston’s work, who taught in Glendale, California, alongside Flora, the photographer’s first wife. An early print of Harry Callahan’s 1949 Chicago (Windows and Fire Escape) comes originally from the collection of The Museum of Modern Art, New York and was exhibited there in 1962 (estimate $30/50,000).

Never-Before Seen Photographs of Frida Kahlo
The 5 April sale will present an unprecedented 78 photographs by iconic photographer Nickolas Muray, many of which have never before been published. The sale includes portraits of the socialites, politicians, composers, and writers closely associated with artists Miguel Covarrubias, Frida Kahlo, and Diego Rivera, and represents the most significant offering of work by the photographer to appear at auction. Muray was a prolific photographer for Vanity Fair and Harper’s Bazaar, and it was during his trips to Mexico visiting Covarrubias that he met Frida Kahlo, with whom he had a decade-long affair beginning in 1931. With subjects ranging from Carl van Vechten, composer Carlos Chavez, illustrator John Held, Jr., social realist artist Marian Greenwood, muralist Roberto Montenegro to actress Margo Albert, the photographs offer fascinating insight into the cultural landscape of Mexico in the 1920s, '30s, and '40s.