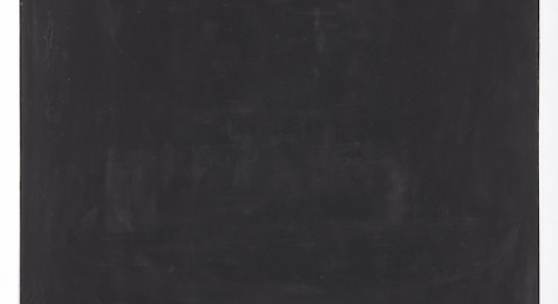 Although not exclusively, I consider artistic creation to be first an inner monologue. A little like the dream continues in deep sleep, the covering of a painting is the continuation of this monologue in silence. - Arnulf Rainer, 1973

Galerie Thaddaeus Ropac is pleased to present the most comprehensive exhibition to date of early works by Arnulf Rainer (b. 1929) in France. The Austrian artist is regarded as a pioneer of Art Informel, a movement which brought an intuitive form of lyrical expression in the field of abstraction. The exhibition will bring together Arnulf Rainer’s Red and Black Overpaintings [Übermalungen], dating from 1953 to 1969, and a selection of the artist's seminal Proportion Studies [Proportionsstudien], a series of works on paper from the early and mid-1950s. Spanning the three floors of the Marais gallery, the exhibition provides precious insight into the artist's distinctive approach to abstraction, from the mathematical rigour of the Proportion Studies to the emotional subjectivity of his Overpaintings.

Arnulf Rainer's early body of work places him in a singular position, at the crossroads of many influences, from Surrealism to Minimalism and Abstract Expressionism. In the 1950s, Rainer developed his Overpaintings series, influenced by the surrealist principle of écriture automatique. He started to work on this series in 1952 after a trip to Paris, together with fellow Austrian artist Maria Lassnig, where he visited the German speaking poet Paul Celan (b. 1920, Cernăui, formerly Romania – d. 1970, Paris), whom he greatly admired. At the time of his visit, Celan was translating into German A Short History of Decay (1949), a book by the Romanian philosopher Emil M. Cioran that influenced Rainer’s later practice.

Upon his return, Arnulf Rainer first started to paint over his own paintings and then, from 1953 onwards, over paintings by others because of reduced financial means. Arnulf Rainer recalls: “I had no money, so I went to flea markets and bought old pictures. These were considerably cheaper than new canvases. I used them as picture supports and realised that there was a difference, whether I painted over a still life or a female figure, clothed or not, or a mountain, a ship, or any other motif. This had a kind of counter-effect on me, and I began to take an interest in ‘overpainting’.”

Convinced that painting is a visual form of spiritual consciousness, Arnulf Rainer describes the specificity of his work within the context of gestural abstraction as follows: ‘Unlike gestural painting, monochrome overpainting results from a slow process. Because it is a passive creative process, the painter must listen with patience and wait until the area to cover reveals itself unpleasantly [...]. The organic act of creating is perhaps more essential than the completed painting; for this progressive participation in the obscuration or immersion of the painting, its gradual return to peace and invisibility (the great Ocean) could be compared to the contemplative experience of religious life.’

Alongside Arnulf Rainer’s Overpaintings, a selection of rarely seen works on paper will be on display. Composed of various strips of coloured paper assembled together, the Proportion Studies (1953/54) combine the influence of modernist abstraction and experimentation in the realm of Colour Field. Rational in their aspect, they result from the wish to concentrate exclusively on the composition and balance of form, distant from any subjectivity, imagination or emotion.

In 2005, on the occasion of his exhibition at the MUMOK in Vienna, Rainer was interviewed by curator Hans Ulrich Obrist. In this conversation, which is reproduced in the exhibition catalogue, Rainer refers to the Proportion Studies, mentioning the influence of German philosopher Max Bense, but also of the artists Piet Mondrian and Josef Albers, taking their experiments in colour and proportion as a departure point for his own studies: ‘I was familiar with Bense’s theories and this is also how I saw the Proportions. Bense believed that an art-work consists of proportions and relations. If these are good, then the work is good. The problem is that, as I soon realised, colours are very hard to quantify […]. Every colour is emotionally stored in our brain – but of course not these colour proportions.’ Talking about the making of these works, Rainer explains: ‘I made a passe-partout and different coloured papers. Then I laid these parallel in the passe-partout and played around, using tweezers to shift them back and forth. And also to achieve a balance’.

The accompanying catalogue, Arnulf Rainer: Early Work, includes the conversation between Arnulf Rainer and Hans Ulrich Obrist that took place in November 2005 at MUMOK [Museum of Modern Art Foundation Ludwig Vienna], five short texts by Arnulf Rainer, written between 1954 and 1976, and a poem by the renowned Austrian poet Friederike Mayröcker, written on the occasion of the exhibition.