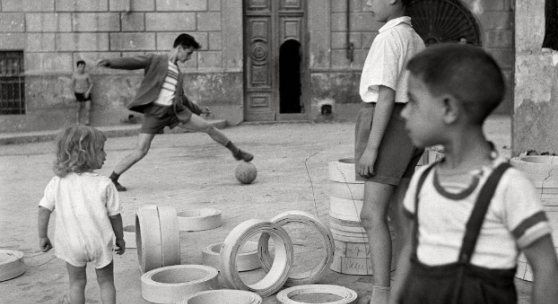 Galerie Karsten Greve is pleased to announce Herbert List. ITALIA, its first exhibition dedicated to the work of the German photographer in collaboration with his Estate. It sheds light on a vast selection of photographs taken in Italy between 1933 and 1961, enabling the French public to rediscover the artist’s work, rarely exhibited in France since the great retrospective held at the Musée d’Art Moderne de Paris in 1983 and at Hotel de Sully in 2000.

The work of Herbert List (1903 in Hamburg – 1975 in Munich), whose artistic approach was shaped by the European avantgarde, is in keeping with the pure tradition of the 1930s, combining the formal austerity of Bauhaus with the magic of surrealist inspiration. Often described as the “photographer of silence”1, ruins, bodies and places were key inspirations dispersed throughout his work, through the destroyed Munich of 1945, on the trail of ancient Greece and along many escapades in which Herbert List immortalised snippets of life. It was through his travels, at the beginning of the 1930s, that he discovered Italy, with which he developed a special relationship.