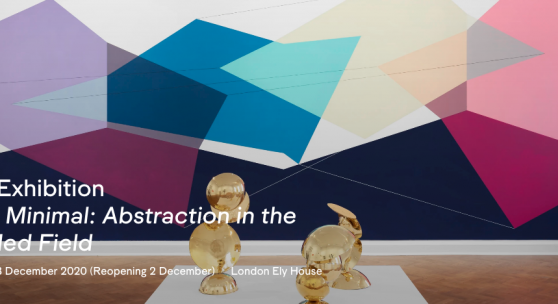 Also with a background in weaving and textile design Verena Loewensberg (1912–1986) was one of the four co-founders of the Zurich Concrete group. Passionate about music, especially jazz, she incorporated into her formalist painted compositions irregular shapes that challenged their balance, imbuing them with great freedom, poetry and musicality.

A generation late, also in Zurich, Shizuko Yoshikawa (1934– 2019) was the first female Japanese student at the Ulm School of Design in 1961. She started to create coloured reliefs in painted wood in the mid-1970s, before distancing herself from the Concretist use of strong colours by limiting herself to extremely light tones applied only to the outlines of the relief.

A pioneer of Cuban abstraction, Loló Soldevilla (1901–1971)achieved visual innovations in the Cuban 1950s Concretist movement while maintaining politically engaged writing activities in her native Cuba. She was one of the founders of the group Los Diez Pintores Concretos (The Ten Concrete Painters).

Rosemarie Castoro (1939– 2015) was part of New York’s legendary Art Workers’ Coalition in 1969, and one of the eight women interviewed in Linda Nochlin’s groundbreaking 1971 essay, ‘Why Have There Been No Great Women Artists?'. A key figure of the 1960s and 1970s Minimal and Conceptual art scene in New York, she will be represented through a series of archival photographs and a large-scale ‘Flasher’ sculpture,one of the few remaining examples of her renowned series exhibited on the streets of Manhattan in the 1980s. The free-standing box forms combine the delicacy of the origami fold with the heavy weight of their metal construction and allude to the male, city-street ‘flasher’. Blue Mist (1967-68) from the artist’s Prismacolor series will also be on display, a monochrome piece built up through the dense repetition of single strokes and emphasising the importance of line that is implicit throughout Castoro’s oeuvre.

The personal trajectories of the artists presented in Female Minimal demonstrate how their varied backgrounds and experiences have been a consistent driver of innovation and creativity. All are united by a desire to disrupt and expand the canon forged by the male-dominated avant-garde movements.