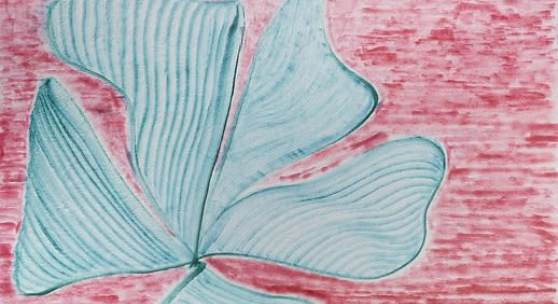 There is no subject in my painting. The challenge is to measure oneself against the void, against greatness, and to propose some rustling, some rubbing. My painting says nothing more than what I am and it is addressed to the one who looks at it. It does not force anything. It tells the fragility of the world and its magic. One can pass in front of it without seeing it, it is without qualities, but it does not prevent anyone from recognizing the movement of life — Jean-Marc Bustamante

Thaddaeus Ropac is pleased to announce an exhibition of new works by Jean-Marc Bustamante made during the past two years.

For this new series of around twenty paintings, the artist has experimented with a new type of support made with gesso, a plaster and sand coating that is usually used to prepare the walls before the making of a fresco in order to reduce the absorption of the paint by the surface. This white material allows for a slightly irregular and rough surface which catches the light and creates texture and subtle reliefs that reinforce the sculptural component of Bustamante’s painting. This new surface, which is as visually present as the lines of colour, is a means for the artist to pursue his reflection on emptiness and transparency in aesthetic representation. From his first photographic paintings of the 1970s, which represented suburban spaces without qualities, to his most recent paintings on Plexiglas, which left a void between the support and the wall on which they were hung, Bustamante has never ceased to draw the spectator’s gaze into these interstitial zones that usually hide from our attention.

Over the course of his practice, Bustamante has often changed medium to question, often with humour – as the title of this exhibition shows – the nature of painting, gesture and the status of the object. In his eyes "painting no longer takes on the role it had in the twentieth century, it has to be more direct and more sensitive. We are far from any demonstrative gesture, any avant-garde research, this question of how far can painting go is no longer relevant, this quest for instructions has ended up tiring and wearing painting out".

He himself often uses very worn pencils to draw, looking for an exhaustion of the paint with lines that stretch to the end and seem as if erased. In his last series of paintings, the surface appears as a fragment of a wall on which traces or imprints are drawn with ink and pencil. On the other hand, the colours are never diluted, they sometimes overlap, creating vibrations thanks to the fluid transparency of the ink.

This attraction for pure colour combined with a maximum reduction of pictorial means recalls Matisse's poetic use of colour in his cut-out papers or the modesty of Ellsworth Kelly's plant drawings. Departing from the tradition of an intellectual construction of colour, which can be found, for instance in Brice Marden’s work – an artist he deeply admires –, Bustamante uses colour as a way of expressing an emotion.

The artist makes numerous preparatory drawings, in search of balance and complementarity so that each painting finds its own autonomy. From his initial relationship to photography, he keeps the desire to freeze an expression. The dynamics of gestures translates this attention to instantaneity. Neither abstract nor figurative, something of nature nevertheless remains in the imagery. The quest for simplicity creates a type of painting that goes against all pictorial demonstration, in front of which one can pass by without noticing it, and to which one returns, finding what he doesn’t know he is looking for yet.

About the artist
Since the 1980s, the work of Jean-Marc Bustamante has developed through a constant exchange between sculpture, painting and photography, with his keen interest in architecture and landscape playing a key role in his material experimentation. In 1978, he produced his first “photographic paintings”, depicting in large format and colour various views of houses and buildings located on the outskirts of cities. Devoid of characters, these images were intended to “fix a slow movement, that of the earth, but also that of decivilization”. Persistently questioning the ways in which we perceive reality, his sculptural works in the Interiors series are “reminiscences of cut objects related to the body”, which were created alongside his Landscapes consisting of abstract objects, wall reliefs or sculptures.

Between 1983 and 1987, he created furniture and objects collaboratively with fellow artist Bernard Bazile under the name BazileBustamante, in part as a reaction against the dematerialisation of the object in Conceptual art. To create his Lumières series (1987–93), Bustamante re-photographed black-and-white images from architecture reviews of the 1930s and 1960s, silkscreening them onto transparent plexiglass which transforms their appearance. He uses the same technique to create his celebrated Panoramas (2002–), enlarged abstract drawings in ink on Plexiglas, which introduce a new relationship between these hybrid objects and the wall behind them. In 2003, characters appeared in his photographs for the first time, when he conceived Le Pavillon des Amazones as a 'pagan chapel' for the Venice Biennale, in which he combined photographic portraits, paintings and abstract drawings on Plexiglas.