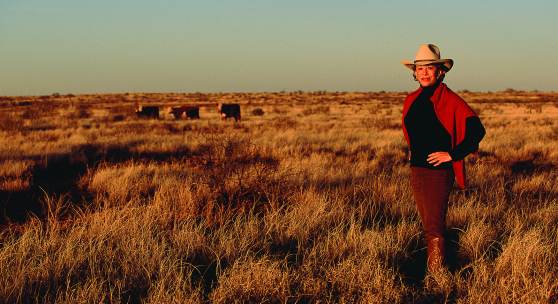 NEW YORK, 24 February 2021 –The private collection of visionary philanthropist, renowned art collector, and legendary Texan Anne Marion (1938-2020) will be unveiled for the first time at Sotheby’s this spring. Widely celebrated throughout her lifetime, both for her generous support of cultural institutions, critical contributions to education and healthcare, and for her passion for the life and traditions of the American Southwest where her family had been rooted for generations, Anne Marion held a fabled status among art lovers and ranchers alike. And yet, despite the public-facing nature of her support for so many leading American museums, the treasures of Anne Marion’s own private collection have remained – until now – largely unknown. Sotheby’s forthcoming exhibition and sale of that collection will therefore represent, for many, the first opportunity to appreciate the exceptional caliber and scope of the collection of a woman who – whether for art, horses or business – had ‘a keen eye and a sense for picking winners.’

Centered on an exceptional group of works by leading names of American post-war art that together represent some of the most significant art historical innovations of the Twentieth Century, Anne Marion’s collection is estimated in the region of $150 million, making it the most significant collection to come to auction for years. At its heart are masterworks by three of the greatest American artists of the post-War period, each executed at the apex of their respective careers: Andy Warhol’s iconic Elvis 2 Times, Richard Diebenkorn’s sublime Ocean Park No. 40; and Clyfford Still’s staggering PH-125 (1948-No. 1). All three works are estimated to achieve in excess of $20 million.

Amy Cappellazzo, Chairman of Sotheby’s Global Fine Arts Division, said: “Anne Marion was a true art collector and had an eye for quality. She was brave in everything she did, from her choice in artwork to her sense of design and color. Unpretentious and proud of her rancher legacy and lifestyle, Anne was a boldhearted Texan through-and-through.”

Michael Macaulay, Sotheby’s Senior Vice President and Senior International Specialist for Contemporary Art, said: “Mrs. Marion’s extraordinary collection not only embodies critical innovations of twentieth-century American Art History, notably uniting paragons of Abstract Expressionism with original icons of Pop Art, but it also singularly reflects a simply remarkable life. While Still and Diebenkorn’s soaring canvases evoke the enduring landscapes of her family’s storied ranches; Warhol’s legendary depiction of Elvis as cowboy alludes to a lifetime devoted to the stewardship of Southwestern traditions. She was a true visionary, and her collection is testament to an extraordinary eye, boundless energy and limitless spirit of inquiry.”

Hugh Hildesley, who joined Sotheby’s in 1961 and played an integral role in the company’s formative years in the US, was a longstanding colleague of Sotheby’s eminent Chairman and auctioneer John L. Marion, Anne’s husband for the last 32 years of her life. In fact, it was Hugh – the only ordained fine art auctioneer in the world – who presided over their marriage. He remembers: “The sheer scope of Anne’s astounding achievements will prove influential and transformative for generations to come: from her role as President of the Burnett Foundation to founding the Georgia O’Keeffe Museum; donor of the Marion Emergency Care Center in Fort Worth, to tireless Trustee of the Museum of Modern Art in New York, the Kimbell Art Museum and the Modern Art Museum of Fort Worth. Anne knew quality when she saw it, and that was never truer than when she first met John. For more than three decades they together forged a legendary partnership, which was to the art world’s supreme advantage. That legend represents one of the great treasures in my 60 years of Sotheby’s history.”

Anne Marion: Rancher & Businesswoman
Anne’s story was as remarkable as the art she collected. Born into a legendary Texas ranching family, she was the great-granddaughter of Captain Samuel Burk Burnett (1849-1922) and heiress to the historic, world-renowned Four Sixes Ranch in King County, Texas.

On his death, Samuel took the unusual step of willing the bulk of his estate to his 22-year-old granddaughter, 'Big Anne', to be held in trust for her unborn child (the future 'Little Anne' Marion), thereby launching the tradition of female leadership of one of Texas’ greatest family businesses. Following her mother’s death in 1980, ‘Little Anne’ took over management of the business and would run it for the next forty years.