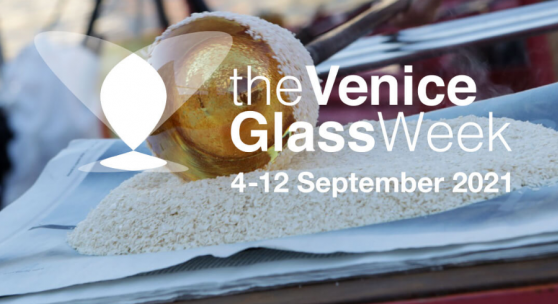 THE FESTIVAL IN THE CITYHundreds of applications were received by the Festival Coordinator ofThe Venice Glass Weekand selected by theCuratorial Committee,chaired by the Venetian glass historian RosaBarovier Mentasti and composed of a team of experts in the glass sector at an international level,which this year includes new members Rainald Franz, Head of the Glass and Ceramics CollectionatMAK-Austrian Museum of Applied Arts /Contemporary Art, andSusanne Jøker Johnsen,Head of Exhibitions at The Royal Danish Academy - Architecture, Design, Conservation andDirector of European Glass and Ceramic Context on the island of Bornholm in Denmark. They arejoined by curator and critic Jean Blanchaert, together with artist and creative director MarcantonioBrandolini d'Adda, both of whom have served on the Committee before.The applications, which were submitted by foundations, art galleries, museums, culturalinstitutions, universities, higher education institutes, glass companies, furnaces, companies,artists, designers and private Italian and foreign collectors, confrm the vitality of Venice’s artistic,cultural and glass production scene, and are a strong indication of the ever-growing internationalinterest in the feld of glass, despite the difculties linked to the pandemic that slowed the worldin 2020.The city-wide programme ofThe Venice Glass Week, as is tradition, will consist of arich anddiverse spread of initiatives dispersed across the territory, involving Mestre as well as Veniceand Murano. The initiatives – which are mostly free of charge - will all have artistic glass at theircore, and will appeal to audiences of all ages, with particular attention to young people and theirfamilies.The list of participants is presented here: the complete programme of the ffth edition ofThe Venice Glass Week will be the subject of a second Press Conference, scheduled for earlySeptember 2021.

Following the appreciation of previous editions, one of the key centres of the festival will beThe Venice Glass Week HUB in Campo Santo Stefano, at thePalazzo Loredan headquarters of theIstituto Veneto di Scienze, Lettere ed Arti, which once again will host a selection of works byaround twenty Italian and international artists and designers, as well as works and projects byffteen young artists and designers aged under 35 in the HUB Under35, a dedicated space on theground foor of the building.Great attention will be given this year tothe art ofglass beads, which was recently awardedIntangible Cultural Heritage status by UNESCO, with a series of initiatives organized in Mestreand Venice bythe Comune di Venezia together with theFondazione Musei Civici di Venezia:Perle in Vetrina is the difused exhibition in shop windows which will display original glassnecklaces created by important contemporary masters and designers. From 6th September to6th October in Forte Marghera visitors will be able to admire the photographic exhibitionPerle1.0 - Perlere and Impiraresse. Immagini tra ieri e oggi per raccontare un'arte,whichrecounts the craft of glass beads andimpiraresse from the twentieth century to today. Adults andchildren will also be able to participate in bead workshops taking place in Mestre, Forte Margheraand on the Lido. In Venice, Palazzo Mocenigo will host the beaded fowers of Benedetta Gaggia,and the conference dedicated to the topic of The history of glass beads.

The initiatives organised byThe Venice Glass Week Organising Committee include theaforementioned exhibitionThe Glass Ark. Animals in the Pierre Rosenberg Collection, curatedby Giordana Naccari and Cristina Beltrami, whose (free) opening to the public atLE STANZEDEL VETRO, on the Island of San Giorgio Maggiore, has been extended until 1st November 2021,specifcally in order to form part of the festival with which it shares its spirit and target audience.The exhibition traces - in an original and engaging way, designed especially for young people -the history of Murano glass in the twentieth century through a highly unusual angle:the glassanimal. The 750+ pieces on display - including elephants, dogs, hippos, cats, girafes,mammoths, bears, parrots, fsh, turtles, foxes, and even tiny insects made in full-scale lampworkby Bruno Amadi - belong to the personal collection which Pierre Rosenberg, previously Directorof the Louvre Museum in Paris, put together over thirty years of regular time spent in Venice.From 4th September to 3rd October the newMurano Glass Toys exhibition will be open to thepublic at theMuseo del Vetro on Murano, curated by architect Matteo Silverio and organized bytheConsorzio Promovetro Murano with the support of theRegione del Veneto and theCamera di Commercio di Venezia Rovigo.