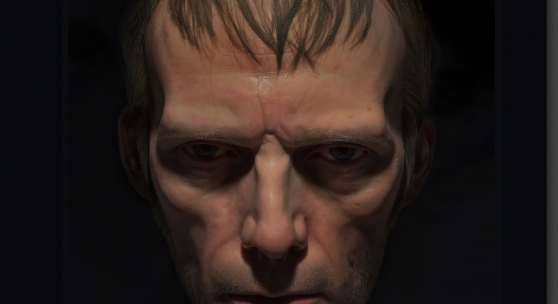 Ron Mueck25 Years of Sculpture, 1996–2021, the artist’s first exhibition at Thaddaeus Ropac, will mark the most comprehensive gallery survey of the internationally acclaimed sculptor to date. From his largest to his smallest works, the exhibition includes Mueck’s most celebrated sculptures from a career spanning two and a half decades, shown alongside new and previously unseen works. His unparalleled eye for physical and emotional detail charts the full spectrum of human experience – from the onset of life in pregnancy and in birth, to its final point in death – with unsettling power.They share a vulnerability, not only with each other but also with Mueck himself, who draws on his own intensely personal thoughts, emotions and life experiences to produce a register of universal emotions and experiences to which we can all relate.— Jasper Sharp, art historian and curator, whose essay will be published on the occasion of the exhibition

Perhaps the artist’s best-known work, Dead Dad (1996–97) will be on view in the UK for the first time in over 20 years. It was first shown in the Royal Academy’s era-defining exhibition Sensation: Young British Artists from the Saatchi Collection (1997), which was instrumental in establishing Mueck’s international reputation. Acquired by Charles Saatchi when first created, the work has since formed part of the Stefan T. Edlis Collection, from which the sculpture is on loan.

The piece stopped most visitors [to Sensation] ... in their tracks. Dead Dad was something both so shockingly real and so shockingly unreal that, like an unexpected trauma, it left an indelible imprint ... one of Mueck’s earliest works, it immediately established his singularity. — Robert Rosenblum,Ron Mueck, 2005

In art historian Jasper Sharp’s essay for the exhibition, he examines Mueck’s sculptures through the lens of the seven ages of man, referencing the monologue ‘All the world’s a stage’ from William Shakespeare’s As You Like It (1623). The works on view chart the full range of human experience, from ‘womb to tomb’ as Robert Rosenblum describes, encompassing the infant, the schoolboy, the young lover, the soldier, the middle-aged justice, the elder and the ‘last scene of all ... second childishness and mere oblivion’.

Mother and Child (2003), the artist’s earliest portrayal of a pair of figures in close contact with one another, shows the first moments immediately after birth when mother and child meet as separate beings. Conveying the psychological complexities of this newly formed relationship, they remain attached by the umbilical cord, but this physical proximity belies an unsettling sense of isolation.

You th (2009/2011), the affecting figure of young Black man revealing a stab wound in his side, recalls Old Master portrayals of suffering and the urgency of contemporary knife crime. This small and vulnerable schoolboy has not been adequately protected from the world, and the viewer is drawn into the drama of this moment – a collective failure in which all are complicit. The work was recently shown in the exhibition Sin at London’s National Gallery (2020–21).

In Woman with Shopping (2014), Mueck portrays the struggles of early parenthood, which Sharp associates with Shakespeare’s character of the soldier. While Mother and Child (2003) explores the emotional resonances of birth, here we see the aftermath: an exhausted-looking woman who is weighted down by the bags of groceries in each hand and the baby strapped to her chest. Once again, the physical closeness between mother and child heightens the sense of disconnect between them, with the mother’s faraway gaze indicating resignation to her role as ‘the forager, the hunter-gatherer, the provider to her family, soldiering on’.

Dark Place (2018) is exhibited for the first time, shown in low light with ‘the subject’s emotional turmoil laid bare; there is no vanity here’. The face of middle age, this sculpture references earlier works by the artist, including his first self-portrait in the scowling Mask (1997). Mueck had initially intended to create an updated self-portrait but was struck by the distraught and broken appearance of the photographer, who became the basis for this haunting visage.

One of his most monumental works to date, Couple Under an Umbrella (2013/2015), shows an elderly couple resting beneath a colourful beach umbrella, their aged bodies and casual closeness presented at twice life-size. An unflinching meditation on the physical vulnerabilities of growing old and the endurance of a relationship, the sculpture’s towering scale places us in a new and unfamiliar relationship with the figures, heightening our awareness of the space our own bodies occupy and how we measure up against Mueck’s creations.

In Dead Dad (1996–97) and the most recent work on display, Dead Weight (2021), Mueck presents the ‘last scene of all’, completing the final stage in the cycle of life. A monumental reminder of our own mortality, the previously unseen Dead Weight marks a departure for the artist, as his first sculpture made in cast iron. An imposing one-tonne human skull that dominates the ground-floor gallery, this work forms part of Mueck’s ongoing exploration of the skull as subject matter and relates to his exhibition of 100 skulls in the installation Mass (2016–17) at the inaugural National Gallery Victoria Triennial in Melbourne. Unlike his previous works, the sculpture bears all the marks of its production: ‘The seam lines, the scars,’ writes Sharp, ‘it is clearly not a real skull and yet, like the dead father, we sense the presence of a soul.’