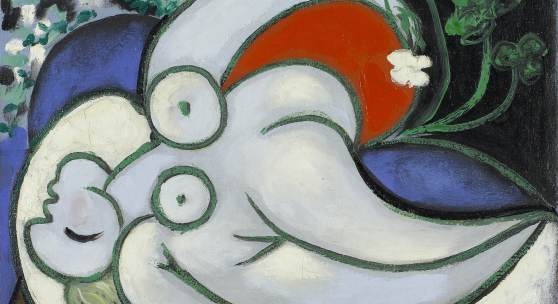 Exclusively developed for the NGV by the Centre Pompidou and the Musée national Picasso-Paris, the exhibition features over 70 works by Picasso alongside over 100 works by more than 60 of his contemporaries, drawn from French national collections, as well as the NGV Collection. Audiences will also have the opportunity to discover a rich selection of works by artists rarely exhibited in Australia, including Natalia Goncharova, Julio González, Wifredo Lam, Suzanne Valadon and Maria Helena Vieira da Silva.

Curated by noted scholar of 20th century painting Didier Ottinger, Deputy Director of the Musée national d’art moderne, Centre Pompidou, Paris, The Picasso Century examines the diverse influences, encounters and collaborative relationships that steered Picasso through many distinct artistic periods, such as his Blue Period, Cubism and Surrealism, and draws lines between Picasso’s famous creations and the world around him.

By exploring Picasso’s career through his personal, artistic and intellectual engagement with his peers, the exhibition provides a unique insight into the artistic legacy of one of the 20th century’s most influential and celebrated artists, as well as the community of artists from which he emerged.

Victoria’s Minister for Creative Industries Danny Pearson said: ‘The Picasso Century brings together master works from across Picasso’s career, alongside those from other leading artists and innovators of the time. This world-premiere Melbourne Winter Masterpieces exhibition will be an absolute treat for art lovers from across Victoria and beyond, and a massive drawcard to our creative state this winter.’

Laurent Le Bon, President, Centre Pompidou, said ‘Picasso reunited at last with Australia and his fellow accomplices and travellers. I am delighted with this collaboration between two French institutions and the National Gallery of Victoria: this exceptional partnership will allow the Australian public to discover Picasso's paintings, sculptures, drawings, ceramics, and the works of the artists with whom he never ceased to interact. I wish to extend a warm thank you to all those who have made this magnificent project possible.’

Cécile Debray, President, Musée national Picasso-Paris, said: ‘The Picasso Century offers an original, broad approach that allows us to grasp the artist's career in his artistic and cultural context, from his formative years to his posterity. It thus offers an astonishing journey through the Parisian and cosmopolitan art scene of the 20th century. A Picasso, no longer a genius "ex-nihilo" but an artist in the world, with his friendships with poets, cubists, surrealists, his political commitments, his love affairs with artists, his circles of disciples and admirers.’

‘I am delighted by this partnership with the National Gallery of Victoria in Melbourne, which testifies to the ties of friendship and proximity between France and Australia, but also that the French museums participating in this major exhibition have the opportunity to be ambassadors of French heritage and of a historic artistic scene that was the foundation of Western modernity.’

Tony Ellwood AM, Director, NGV, said: ‘This exhibition offers visitors an extraordinary insight into the development of modern art and the preeminent figure at its centre, Pablo Picasso. Through more than 170 works of art – including many that have never been seen in Australia – audiences will come to appreciate the many ways in which Picasso influenced – and was influenced by – the artistic community that surrounded him.’

Fifteen thematic sections organise The Picasso Century, which trace the many distinct periods that shaped the artist’s career over more than seven decades, while also situating his work within a broader artistic and geographical context. Each exhibition section provides a nuanced perspective on a rich century of artistic experiment, in which Picasso stands prominently among many innovators.

The beginning of the exhibition explores Picasso’s formative years, which encapsulate significant artistic developments, most notably Cubism, the development of which Picasso led with Georges Braque. Considered by many the ‘experiment’ that most radically transformed 20th century art, Cubism saw Western art move away from representing likeness and, among many innovations, introduced multiple and simultaneous perspectives into a composition, resulting in the style’s recognisable fragmented imagery.

The Picasso Century also examines Picasso’s place within the multicultural crucible that was inter-war Paris, and his interaction with other artists and intellectuals including André Breton, Georges Bataille, Aimé Césaire, Alberto Giacometti and Gertrude Stein. The exhibition will be particularly rich with works from Picasso’s Surrealist period, presented alongside works by artists including Kay Sage, Max Ernst, Salvador Dalí, Giorgio de Chirico and André Masson.