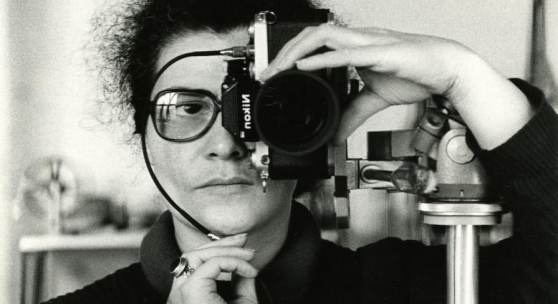 On this occasion, she will present her work and share with the public her journey and her views on the place of women in photography. A solo exhibition will be dedicated to her at the Saint-Anne church in Arles.

The Women In Motion Award for photography is presented by Kering and the Rencontres d'Arles. It has been given every year since 2019 in recognition of the career of an outstanding photographer, is accompanied by an endowment of 25,000 euros for the acquisition of works by the winning artist for the Rencontres d'Arles collection. Previous winners are Susan Meiselas in 2019, Sabine Weiss in 2020 and Liz Johnson Artur in 2021.

Susan Meiselas, in 2019 the first winner of the Women In Motion Award, will also be present at the Rencontres d'Arles through an exhibition of her work at the church of Saint-Blaise, in collaboration with composer Marta Gentilucci.

On Tuesday, 5 July, 2022, Babette Mangolte will receive the Women in Motion 2022 award for photography at the Théâtre Antiques d'Arles during the opening week of the Rencontres d'Arles.

ABOUT BABETTE MANGOLTE
Born in France in 1941 and based in New York since the 1970s, Babette Mangolte is a filmmaker, photographer, artist, and author of critical essays on photography. As a director of photography, she worked with Chantal Akerman on the cult films Jeanne Dileman, 23 rue du Commerce, and 1080 Brussels. She has documented the choreography and performances of Yvonne Rainer, Trisha Brown, Joan Jonas, Robert Morris, Lucinda Childs, Marina Abramović, Steve Paxton and the 1970s theater scene in New York City. Her recent solo exhibitions include a retrospective exhibition at Kunsthalle Vienna (2017) and VOX centre de l'image contemporaine, Montreal (2013). Her work is regularly shown in exhibitions, festivals, and film programs internationally, including recently at Tate Modern, London; Migros Museum, Zurich; ICA, Philadelphia; South London Gallery, London; ICA, London.