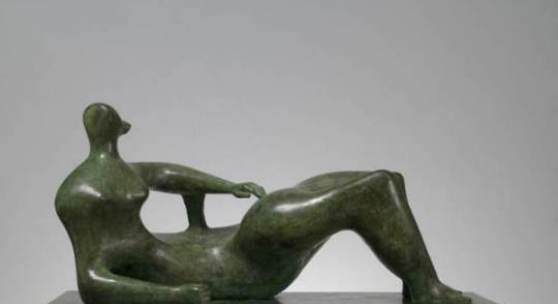 The 20/21 BRITISH ART FAIR, the fair which champions Modern British art, will take place from 14 – 18 September at the Royal College of Art, Kensington Gore, London.
It will be opened by the highly acclaimed author and scriptwriter, Anthony Horowitz, at 5pm on the 14th.

The Royal College of Art, arguably 'the spiritual home of British art', is an ideal setting to see work by the great names of the 20th century, many of whom are former students: Bacon, Freud, Frink, Frost, Hepworth, Hockney, Hodgson, Lanyon, Lowry, Moore, Nash, Piper, Riley, Scott, Spencer and Sutherland. Alongside will be a large selection of contemporary work by established names such as Hirst, Emin, Banksy as well as by both emerging artists and recent graduates.

With some 56 of the country's leading dealers exhibiting, the Fair, now in its 24th year, is not to be missed!
'Form – Matter – Material'
Henry Moorev

A curated selection of sculpture which highlights British excellence and expands on the theme set earlier this year by the Royal Academy. Exhibitors have been invited to submit pieces of special interest and, with many of the best Modern British dealers exhibiting at the Fair, this promises to be an exciting and informative feature.

CATERING: there is a café and bar within the Fair