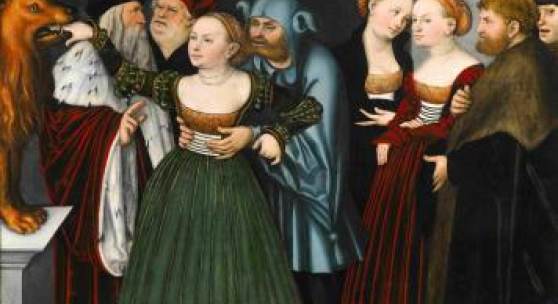 London Art Week (3 to 10 July 2015) is the most important gallery-based celebration of traditional art, highlighting the unrivalled quality, riches and expertise available within the galleries of Mayfair and St. James’s. Bringing together over 40 leading art galleries and three auction houses, the event includes a series of dedicated exhibitions and will present a wealth of paintings, drawings, sculpture, and works of art from antiquity to the 20th century, many of which have been hidden from public view for decades.

Johnny van Haeften and Lowell Libson, Senior Committee members of London Art Week: “'London Art Week’ is a key moment of the year which celebrates the resounding importance of the art gallery. It also highlights the position of Mayfair and St. James’s as the global centre of the traditional art market, and the leading destination for expertise. We look forward to welcoming collectors, curators and enthusiasts to this year’s event which will offer the strongest and most diverse selection of art to date.”

A myriad of exciting rediscoveries will be unveiled at London Art Week 2015. Highlights include The Sayer Family of Richmond, 1781, by Johan Zoffany, R.A. (1733-1810), one of the most important rediscoveries in the field of classical British art for decades (Colnaghi); a marble sculpture of Lucretia by Philippe Bertrand (1663-1724), artist at the Court of Louis XIV, which has been unseen since it was exhibited at the Salon de Louvre in 1704 (Galerie Sismann); the only known drawing by Cesare Magni (1511-1534), pupil of Leonardo da Vinci, to be firmly attributed to the artist (Martin Hirschboeck); and Madonna and Child by Simon Vouet (1590-1649), otherwise known as The Madonna Molé, whose existence was known by scholars through an engraving, but whose whereabouts were unknown until now (Maurizio Nobile).

Further details of highlights and exhibitions are available here or on request. Full details of the event, including a map, are available at www.londonartweek.co.uk, via the app, and in the catalogue, which includes a forward by Dr. Nicholas Penny, Director of the National Gallery.

Agnew’s - Portraiture through the Ages - Comprising a selection of rarely-seen portraits, and featuring a painting by John Singer Sargent of Don Balthasar Carlos on Horseback, after Velázquez (in the Prado Museum, Madrid).

Charles Beddington Ltd. - Venice: Paintings and Drawings of Three Centuries – Hosted at The Fine Art Society, the show will display approximately 30 paintings and drawings by the foremost artists of the city, including Canaletto, Marieschi, Guardi and Carlevarijs. A highlight is Michele Marieschi’s Santa Maria Della Salute, a magnificent view painting which will be on public display for the first time.

Katrin Bellinger at Colnaghi - French Drawings from the 17th to 19th Century - An exhibition of approximately fourteen French drawings, including works by Gillot, Millet and Fragonard.

Colnaghi - An exhibition revealing one of the most important rediscoveries in the field of classical British art for decades. The Sayer Family of Richmond, 1781, is an exceptional conversation piece by Johan Zoffany R.A. (1733-1810), the master of the genre, early member of the Ro1yal Academy, and a favoured painter of King George III.

Sam Fogg - Reclaiming Antiquity; creation and revival between the Fall of Rome and the Renaissance - An exhibition taking as its focus high quality examples of Cosmati-work and Opus Sectile decorative stonework, made between the 11th and 13th centuries reusing ancient Roman, Egyptian, and Greek marbles, porphyries, and other luxurious stones.

Oliver Forge and Brendan Lynch - Fragments: From the Tiber to the Ganges – Including an Egyptian fragment from a relief carved with a priest and three hieroglyphic symbols dating from the Middle Kingdom, 11th Dynasty, 2125-1985 B.C.

Johnny van Haeften Gallery - On Copper - An exhibition of approximately a dozen paintings from the 17th and early 18th century, all painted on copper panels. Including works by Ambrosius Bosschaert the Elder, Jan Breughel the Elder, Jan van Kessel and Paul Bril.