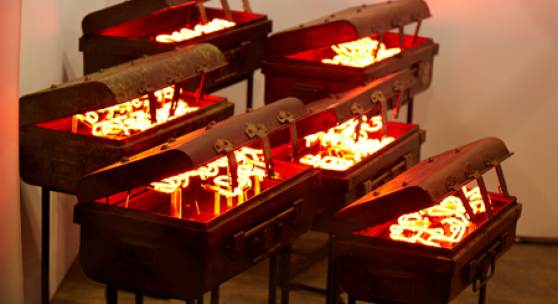 Art Basel announced today the details of its fourth edition in Hong Kong, taking place for the second time in March. The Hong Kong show of Art Basel, whose Lead Partner is UBS, will feature 239 premier galleries from 35 countries and territories, presenting works of the highest quality that range from the Modern period of the early 20th century to the most contemporary artists of today. Once again, Art Basel will be a showcase for art from the region of Asia and Asia-Pacific, where half of its galleries have exhibition spaces. Art Basel in Hong Kong will open to the public from Thursday, March 24 to Saturday, March 26, 2016, and will take place at the Hong Kong Convention and Exhibition Centre (HKCEC).

The Insights sector will be dedicated to curatorial projects by 28 galleries with spaces in Asia and the Asia-Pacific region and will feature solo shows, exceptional historical material, and strong thematic group exhibitions. This year’s edition features a particularly strong presentation of Modern work, with around half of the galleries presenting material from this period. This year’s Insights will provide a particularly diverse and in-depth overview of art from across the region with featured artists from Australia, Bangladesh, India, Iran, Japan, Mainland China, South Korea, the Philippines, Singapore, Taiwan and Turkey. Highlights include eight large photographic works by Michael Cook (b. 1968, Australia), forming a panoramic narrative reflecting on colonial histories and drawing on the artist’s Bidjara heritage, presented by This Is No Fantasy + dianne tanzer gallery (Melbourne); Antenna Space (Shanghai) presents sculpture by artists Guan Xiao (b. 1983, Mainland China) and Yu Honglei (b. 1984, Mainland China) each responding to themes of ‘postproduction’ and ‘reproduction’; a new body of work by Stella Zhang (b. 1965, Mainland China), a continuation of her existing series ‘0-Viewpoint’ and comprising sculptural paintings and an installation, brought to Art Basel by Galerie du Monde (Hong Kong); experimental ink work by Li Huasheng (b. 1944, Mainland China), presented by Ink Studio (Beijing); ceramic sculptures by Kimiyo Mishimo (b. 1932, Japan), many of which will not have previously been seen outside of Japan, brought by MEM (Tokyo); performative video work by Tadasu Takamine (b. 1968, Japan), an artist whose work draws attention to the societal effects of the Fukushima nuclear disaster, presented by Arataniurano (Tokyo); and, brought by Pi Artworks (Istanbul, London), new sculptures by Tayeba Begum Lipi (b. 1969, Bangladesh) reflecting on her childhood, accompanied by video and audio work.