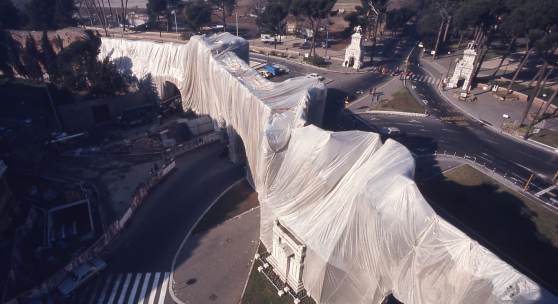 With 52.000 visitors, 207 participating galleries coming from 35 countries, Artissima   continues to be one of the most fascinating events on the contemporary art calendar

Turin, 8 November 2015 – Today the 22nd edition of Artissima, International Fair of Contemporary Art closed in Turin. As every year, the major event devoted to contemporary art had its centre at the fair pavilion and expanded to animate the cultural life of the entire city.

During the four days of the event (one day strictly for industry professionals and three for the public), Artissima attracted over 52.000 visitors. Artissima continues its constant growth trajectory by attracting 2.000 visitors more in comparison with its last edition.

With its ability to keep setting new objectives and forge new paths – while maintaining and consolidating its distinctive identity – Artissima continues to be one of the most fascinating events on the contemporary art calendar, gaining the interest of a specialised audience, but also that of art enthusiasts and the general public.

With 207 participating galleries, emerging or established, participating in the different sections of the fair coming from 35 countries, overseas presence amounted to a total of nearly 70%.

This year saw a yet higher quality of booths at Artissima, which were often developed around a curatorial project. The new format of Back to the Future, focusing this time on the ten-year period of 1975- 1985, was embraced by art professionals as well as the general public. Present Future too proved to be geographically diverse, with an unexpected variety in the work of the 20 participating artists.

Per4m, the section devoted to performance art, which was first staged in 2014, was astonishing this year owing to the large audiences attracted by this highly innovative section, the first of its kind worldwide.

Furthermore, Artissima has been confirmed as a must-see event for the international art milieu and it again attracted numerous curators and directors from some of the world’s most prestigious museums, 50 of whom were directly involved in the various fair initiatives (through committees, juries, the Walkie Talkie tours, and more). But what was perhaps most distinguished in this year’s event, was the fair’s absolute focus on collecting. The city of Turin attracted countless collectors and heads of acquisition from around the world, many of whom travelled from Latin America, the United States and Asia. This year the fair worked extensively to emphasise the role – and the eye – of collectors, making every effort to facilitate the development of strong relations and help establish ties linking collectors with the general public, artists and gallery owners. Examples of this important collector-focus initiative include the personal involvement of important collectors in the Walkie Talkies, the famous strolls through the fair alongside curators from around the world; the visionary project Opium Den, with which Maurizio Vetrugno successfully transformed Artissima’s VIP lounge into a lavish visual initiative probing the subject of collecting; while with the exhibition ‘Inclinazioni’, curated by Stefano Collicelli Cagol, the fair’s presentation space dedicated to the public and private collections of the Piedmont region was expanded into a high-profile exhibition project.

Artissima is the fair of ‘first times’, as it is the art event most involved in experimentation and innovation. This year the challenge was to engage with highly diverse initiatives, all of which were held inside the pavilion of the Oval. The organisers are delighted that the 22nd edition of Artissima made visible its success as innovator: from public initiatives such as Ypsilon st’Art Percorsi in fiera, a free programme of theme-based visits to the stands of galleries designed to foster the general public’s interest in contemporary art, to the UniCredit Art Advisory programme, the first free and independent consultancy service for new art collectors in Italy.

This year Artissima also added a new award: the Reda Prize for artists under 35 who exhibited at the fair and use photography in their work. This raises the total number of prizes for artists and galleries to six, marking a new record for the Turin fair. The following prizes were awarded at Artissima 2015:

2015 illy Present Future Prize
Now in its 15th year, the illy Present Future Prize was awarded to Alina Chaiderov (1984, St. Petersburg, Russia), presented by Galerie Antoine Levi, Paris. The prize includes a solo exhibition for the winner in a prestigious museum, to be inaugurated at the same time as Artissima 2016. The work Before 1989 we kept the bananas in the closet (2014), was purchased and will enter the collection of the MEF - Museo Ettore Fico, Turin.

2015 Prix K-Way Per4m
Julien Bismuth (1973, Paris), presented by Galerie Emanuel Layr, Vienna, with the work Untitled (Lull), 2015, and Christian Falsnaes (1980, Copenhagen), presented by PSM Gallery, Berlin, with the work Rise, 2014 are the joint winners of Prix K-Way Per4m, the prize for the most significant performance presented at Artissima. The prize of 10,000 euros signals the importance of performance as a form of artistic experimentation, thanks also to the attention of Artissima’s partner K-Way®.