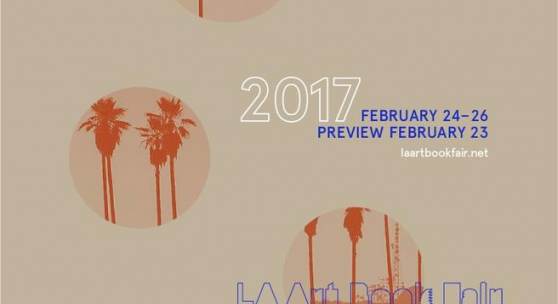 Unfortunately, LAABF will not take place in 2018, but we look forward to seeing you in 2019. Subscribe to our email list to receive any future LAABF related announcements.

Join us on Thursday, February 23, from 6 to 9 pm, at The Geffen Contemporary for a three-hour opening night preview, with special musical performances by Seth Bogart and Kembra Pfahler from The Voluptuous Horror of Karen Black.

Entry to the Preview will cost $10, proceeds going directly to support the fair. The first 2,000 visitors to pre-pay online or to pay at the door (while supplies last) will receive a Ticket Edition by artist Mike Mills & Experimental Jetset, a folded poster with a simple, impactful message relaying the number of popular votes in the recent presidential election. Purchase your Ticket Edition here.

Entry may be paid at the door (cash only) or booked online at printedmatter.org until 12 noon PST on February 23rd, 2017. If purchased online, you’ll receive your Ticket Edition when checking in at the Preview.

Visit laartbookfair.net for details on this and other special events.

LA CONTEMPORARY ARTISTS' BOOK CONFERENCE (CABC)
The third annual LA Contemporary Artists’ Books Conference features a keynote address by AA BRONSON, MY LIFE IN BOOKS. The talk will provide an autobiographical romp through the world of artists’ books, from the 60s to today, from underground newspapers to queer zines, through the eyes and words of AA Bronson. From his beginnings in a free school and commune, through his 25 years as one of the artists of General Idea, his deep involvement with founding and developing collaborative and social structures such as FILE Magazine, Art Metropole, the LA Art Book Fair, and AA Bronson’s School for Young Shamans, as well as through his current collaborations with younger generations, he has focused on the politics of decision-making and on living life radically as social sculpture.

Additional Conference sessions include the following panel discussions: PRESERVATION AND ACCESS OF ARTISTS’ BOOKS IN THE ARCHIVE; X-TRA MAGAZINE ARTISTS ♥ BOOKS; and OPEN READING, a discussion of nonprofit artist spaces that exist outside institutional museums. In addition, the panel MAKING A SPLASH: WET MAGAZINE brings together the group of architects, artists, designers, performers, poets, writers, and bathers who collaborated on this unique magazine in Venice, California from 1976-1981. See the full list of CABC sessions here.

Admission is free for all sessions, but space is limited. General admission is first-come-first-seated.

The Classroom
This year the Classroom, a curated series of conversations, workshops, readings and other artist-led programs organized by David Senior of The Museum of Modern Art Library, includes events featuring Peter Coffin, Hannah Black, Jason Fulford and Darin Mickey, Jonathan Lethem, Guadalupe Rosales (@veteranas_and_rucas) and Self Help Graphics and Art and others.

Friendly Fire
A diverse group of politically-minded artists and collectives focused on the intersection of art and activism, this section includes: True Laurels (Baltimore), Other Forms (Chicago), ONE National Gay & Lesbian Archives at the USC Libraries (Los Angeles), and others.