Buenos Aires, with Cecilia Alemani as Artistic Director in September 2018 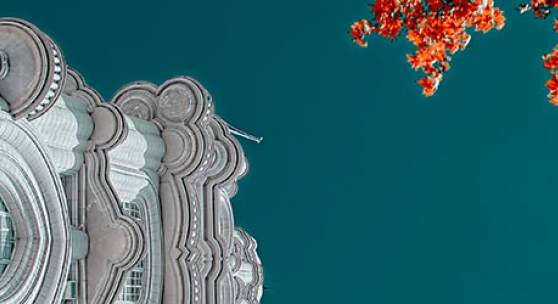 Art Basel and the City of Buenos Aires are delighted to share details of the first Art Basel Cities initiative. A long-term collaboration, Art Basel Cities: Buenos Aires has been set up to support the city's cultural ecosystem including artists, galleries, not- for-profit spaces and public institutions and to highlight its vibrant cultural scene, promoting it to a global audience and Art Basel's extensive network. In 2017 the partnership will focus on providing structural support to the local art community with the launch of the Art Basel Cities Exchange, comprising several initiatives to help facilitate professional collaborations, catalyze support for cultural projects, and to strengthen the local artworld. Next year in September, Art Basel Cities: Buenos Aires will launch a week of public art programing directed by Cecilia Alemani, which will take place throughout the city.

To celebrate the launch of these first elements of Art Basel Cities: Buenos Aires and to share further information about the partnership, Art Basel Cities will set up the Art Basel Cities House in Buenos Aires. From November 2 to November 5, 2017, the Art Basel Cities House will host a series of events and workshops and will launch a talks series to take place throughout the year, in which local cultural partners will be invited to collaborate and participate, and to learn more about the future program. Further partners will be selected in the next few years to be part of the wider Art Basel Cities initiative. In addition, Buenos Aires will welcome an international delegation of artworld professionals including collectors, curators, and directors of museums and not-for-profit spaces, discovering and engaging with the vibrant local art scene during that week.

Underlining the durational aspect of the multi-year partnership, Art Basel and the city of Buenos Aires have initiated the Art Basel Cities Exchange to help support and strengthen the local art scene on a long-term basis. As Art Basel started working closely with key stakeholders in Buenos Aires to define the city's needs, it became clear that the first elements of this collaboration should support the City of Buenos Aires' own initiatives to help develop the key structures of the city's cultural scene. While first elements of Art Basel Cities Exchange such as the Project Bureau, an internship program and crowdfunding campaigns are launching this fall, further elements will be rolled out on an ongoing basis throughout this partnership.

Over the coming months and years, the Art Basel Cities Exchange will host residencies around the world for Argentine professionals working in the arts: from internships and curatorial residencies to artist exchanges and mentorships. This November at the Art Basel Cities House, the City of Buenos Aires will host an open call for an internship program, placing young artworld professionals from Buenos Aires with leading galleries from across the world. Further information on the application process will be shared at the Art Basel Cities House this November and will then also be available online.

Further initiatives of the Art Basel Cities Exchange include the setting up of Project Bureau, a digital platform that aims to connect international art professionals with the local art scene to realize large-scale projects in Buenos Aires. From November onwards, artworld professionals will be invited to apply with either new project ideas or specific  

needs concerning existing projects to the Project Bureau. These will be reviewed by a committee consisting of Argentinian and international experts. Successful applicants will then be connected with potential partners in the Buenos Aires cultural landscape.

Furthermore, the Art Basel Cities Exchange will put in place a number of structures to enable organizations, individuals and institutions to catalyze support and build resources for new projects. In this context, Art Basel's Crowdfunding platform will be activated to support not-for profit institutions in Buenos Aires in realizing a wide variety of artistic projects, including exhibitions, public installations, films, artist books, education programs, artist residencies, talks programs, archives, libraries, and other innovative projects. Art Basel is now actively reaching out directly to not-for profit institutions in Buenos Aires and is guiding them through the application process, with the first crowdfunding projects from Buenos Aires launching in October. Further information on the application process can be found on artbasel.com/about/initiatives/crowdfunding.

In addition to these long-term structures, Art Basel and the city of Buenos Aires will next year launch a week of public arts programing in the city. Taking place from September 11 to September 16, 2018, the week will be directed by Cecilia Alemani, Director and Chief Curator of High Line Art in New York and the curator of the Italian Pavilion at the 2017 Venice Biennale. Over the coming months, Alemani will work closely with cultural partners in Buenos Aires on the week's program.