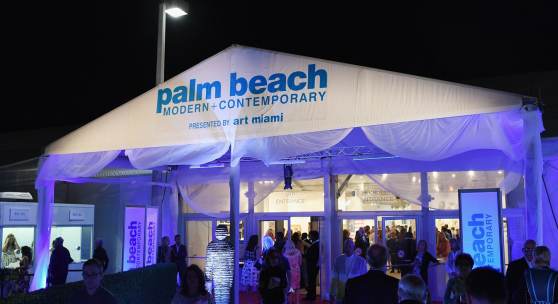 For the 22nd edition of ArtPalmBeach, organizers David and Lee Ann Lester are bringing on guest curator Erich Weiss. Weiss comes to us from Spain, where he is the curator-at-large for contemporary art at the Picasso Museum Barcelona. He also curates for institutions such as the Rotterdam’s Museum of Architecture, Design & Design Culture, and the Sonneveld House. Throughout his careers, he has worked with many mediums, including film, video, and performance art. Weiss is well-known for his provocative take on contemporary art, as well as Dada and Surrealism. Recent museums exhibitions of his have featured works by artists such as Andy Warhol, Willem Oorebeek, Damien Hirst, Bruce Nauman, Ed Ruscha, and more! Weiss combines his work as an artist with his love for curating and brings his extensive knowledge of visual art to ArtPalmBeach 2019.

Originally from Belgium, Weiss studied at the Staatliches Bauhaus and has since gone on to produce incredible works across various mediums. As a manifold artist, Weiss chooses to express himself through stimulating performances, as well as contemporary works that explore the romantic idea of a femme fatale. As a curator, he takes his experience as an artist and uses it to influence his staging and preparation of a show. Before heading over to ArtPalmBeach, Weiss will be curating a show at the Marres in the Netherlands. The show, Superstition - also featuring Lilibeth Rasmussen of this year’s Tow With the Flow performance - explores the different ways humans express their fear and fascination with “bad luck”, and the measures taken to prevent it.

Together with the Lesters, the owners of ArtPalmBeach and ArtBocaRaton , guest curator Erich Weiss will launch an all-new pavilion within the Palm Beach fair held annually at the Palm Beach Convention Center during the mid-winter art fair season. As pioneers in the community, having introduced Miami to contemporary art fairs well before the likes of Art Basel, the Lesters understand art trends and intend to be on the forefront of the re-emergence of video and film art. In conjunction with this year’s Turner Prize nominees, FLOW brings vintage videos from artists like Bruce Nauman, Christian Marclay, and Isaac Julien. The central piece is an iconic video dating back to 1987, entitled Der Lauf Der Dinge, or The Way Things Go , by artists Peter Fischli and David Weiss. At only 30 minutes, the video will loop throughout the fair, so guests can opt to stick around for the entire film or catch snippets as they go through the pavilion.

Nauman’s video, Violent Incident, will be the largest installation in the pavilion, stretching across twelve monitors, each projecting staggering sound and movement. His exhibition Disappearing Acts is currently on display at the MoMA through February 2019.

This year, in addition to the FLOW pavilion, APB will be presenting a contemporary installation pavilion, as well as a section entitled EMERGE , which highlights new, innovative or alternative emerging young artists. A DESIGN pavilion will focus on Scandinavian artists presenting traditional Nordic design in the form of glass, ceramics, sculptures, wood, functional decor, furniture, and jewelry. Attendees of ArtPalmBeach 2019 can also enjoy informative talks from our Lecture Series and a specially curated pavilion put together by Erich Weiss that will shine the spotlight on one historically significant contemporary or modern artist.

The 22nd edition of ArtPalmBeach will take place January 16 - 20, 2019 in West Palm Beach. To kick things off, there will be an exclusive Collectors Preview held on January 16, from 6 - 10 pm. Tickets are on sale now.