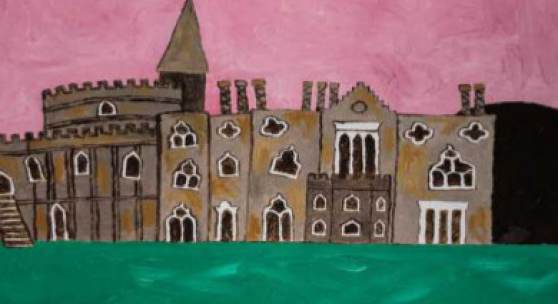 Connect – The Independent Art Fair opened its doors for the first time at the Mall Galleries on Tuesday, 29th January 2019. The Fair had been eagerly anticipated by dealers and art collectors alike and the queue to get in was testament to that.

The first day saw lots of visitors through the door of which a high percentage converted into buyers. Although the wintery weather and particularly the weather forecast caused a couple of quieter days, but Friday and Saturday saw many collectors coming to buy. Set up by a co-operative of art dealers, who were aiming to fill the sudden gap in the fair calendar created by the absence of fairs focusing on the discerning, entry and mid-level, collector, both dealers and visitors were impressed by the high standard of exhibitors and the friendliness of the Fair.

There was something for everyone although the Fair developed a focus on Modern British art. The 32 dealers were showing a wide array of all styles, from the traditional qualities of the 16th century to the current contemporary, with a good backbone of the much loved 20th century schools - from St Ives to British Abstract with a sprinkling of Scandinavian mid-century modern. With dealers from as far as Somerset to local dealer Panter & Hall, there was an excellent mix of dealers providing something for everyone's taste. Helped by the price range which averaged from £500 to £20,000, but with plenty of works from as little as £50 and with the top price tag at £100,000.

Anna Wakerley (Oriel Fine Art) and Freya Mitton curated an excellent Trevelyan & Fedden exhibition with works from various participating dealers. The highlight undoubtedly though was Strawberry Hill, Julian Trevelyan's last painting, which co-incidentally had been commissioned by John Iddon, one of the dealers exhibiting. John kindly contributed some copies of his correspondence with Mary Fedden and Freya Mitton brought the drawing of Fedden's version of Strawberry Hill. James Manning Fine Art sold Strawberry Hill on the opening night to a UK collector who had spotted it in the media.

The dealer feedback was excellent with many commenting how much they enjoyed meeting not just new collectors and having sold to new buyers, but also meeting some of their colleagues, which gave the fair a truly co-operative feel. Many immediately indicating that they would like to be part of the next Connect Art Fair. James Manning, one of the team who initiated the Fair, said: “We are very happy with the results of our first Fair. We had a steady stream of visitors and trade was good, with some healthy sales in the £10,000 region. The Mall Galleries team looked after us very well and dealers made new friends among themselves, but also managed to make the most of the relaxed atmosphere and had long chats with collectors which often turned into good sales. Despite the bad weather the opening night was packed and set everyone off to a good start.”

Only Connect’ said E.M. Forster - ‘bringing together the prose and the passion’ - visit Connect Art Fair and share our art passions.