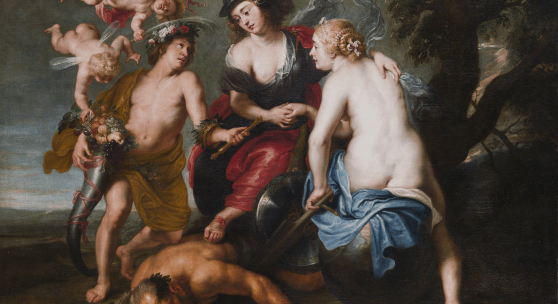 London Art Week is pleased to announce that several important new local and international participants are joining the LAW Summer 2019 series of exhibitions and art events taking place at galleries around St. James’s and Mayfair, from 28 June to 5 July (Preview 27 June). With 50 exhibitors, 13 of which are attending from Europe and the US, this is the biggest London Art Week so far with galleries and auction houses staging exhibitions spanning 5,000 years of art.

Important exhibitions include the first UK show in 35 years of drawings by the great German draughtsman and honorary RA, Adolph Menzel, at Stephen Ongpin Fine Art; a display at S. Franses of The Lost Tapestries of Charles I; at Sam Fogg, Medieval art in England from the 6th to 16th centuries when the country was a thriving hotbed for artists, while the focal point at John Mitchell Fine Paintings is Northern European and Scandinavian landscapes.

First-time exhibitors from overseas include Ambrose Naumann Fine Art of New York, dealing in late 19th and early 20th century European paintings and works on paper, with a rich offering of Belgian artists of the fin-de-siècle. Ambrose Naumann began dealing in fine art alongside his father Otto Naumann in 2016, and has co-exhibited as Naumann Fine Art at TEFAF. Paolo Antonacci Roma will bring a selection of 19th century paintings to London including a romantic view of Tintern Abbey. F. Baulme Fine Arts (Paris) specialises in 16th to 19th century works of art, mainly by French, Italian, Flemish and Dutch artists. Also from Paris is Galerie Michel Descours, exhibiting at Lampronti Gallery and bringing Heroines and Muses in European Paintings, 1600-1900; Gallery Ary Jan, specialist in French and European painting of the late 19th and early 20th century, particularly the Orientalist school and the Belle Epoque, and Galerie Alexis Bordes with 18th and 19th century French art. Teaming up with local dealer Trinity Fine Art this Summer is new participant Georg Laue, Kunstkammer Ltd (Munich/London) to show a highly important Renaissance Court Casket from the famed Lothian collection of Newbattle Abbey, near Edinburgh. The Casket is by the Nuremberg Master of Perspective, one of the earliest Northern European cabinetmakers to use perspective in marquetry.

EXHIBITIONS
The exhibitions at LAW Summer 2019 cover a broad variety of art spanning more than 5,000 years. Early Art At Ariadne Galleries Taking Shape – Form and Function in Ancient Sculpture will include a Mesopotamian weight in the form of a duck from the second millennium BC. Oliver Forge and Brendan Lynch Ltd. presents Works of Art from the Ancient World - around 35 Greek, Roman and Egyptian works of art dating from 400 BC to 400 AD, some of which come from famous collections. At Sam Fogg, Medieval Art in England is a major new exhibition devoted to English art from a period spanning the 6th to the 16th centuries, when England was a key player on the cultural stage and a thriving hotbed for artists whose surviving works together tell the story of immigration, trade and cross-cultural ex- change. S Franses will show The Lost Tapestries of Charles I, owned or commissioned by him, some when he was Prince of Wales, and other smaller textiles of the period, including a newly discovered tapestry of “Dido and Aeneas” from a major lost series of Mortlake from circa 1640’s. Many of them have been in private hands and not seen for decades.