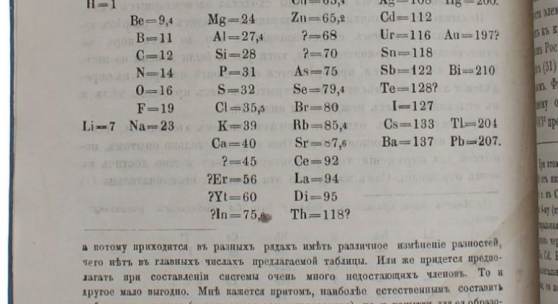 We are specialized in science,medicine,philosophy, economics, politics, and history of ideas in general, in the period from the 15thto the 20thcentury. Below are short-title descriptions of the books that we are showing at the CaliforniaInternationalAntiquarian Book Fair2022. Full descriptions of all of our books are available. Please visit us in BOOTH 612.

For a full view of our entire stock, please visit our web-site, www.lynge.com, where you will be able to search and browse 25,000 books

THE PERIODIC TABLE OF THE ELEMENTS [MENDELEEV, D.I.] Sootnoshenie svoistv s atomnym vesom elementov.
1869. Exceedingly scarce first printing of Mendeleev’s seminal Russian Chemical Society-paper of March 1869, presenting for the first time the periodical table of the elements. “Early in 1869, Russian chemist Dmitrii Mendeleev was in a predicament many people are familiar with—he was facing a deadline. He had delivered the first volume of his inorganic chemistry textbook to his publisher but was struggling with how to organize the second volume. This struggle would culminate in a remarkable discovery, a system that classified all of the chemical elements. In March 1869, Mendeleev delivered a full paper to the Russian Chemical Society spelling out the most significant aspect of his system, that characteristics of the elements recur at a periodic interval as a function of their atomic weight. This was the first iteration of the periodic law.”
USD 53,000

"THE MOST SIGNIFICANT MASTER'S THESIS OF THE 20TH CENTURY"- CORRECTED VERSION FROM THE LIBRARY OF CLAUDE SHANNON SHANNON, CLAUDE. A Symbolic Analysis of Relay and Switching Circuits..
1938. A spirit duplicated (dittoed) copy of a corrected version of the originally published AIEE-paper, from his own archive, of Shannon's landmark thesis, perhaps the single most important theoretical step in the development of the modern computer. Shannon demonstrated the concept of using 0 and 1 as true/false values to allow arithmetic by relay circuits, and the work constitutes "a landmark in that it helped to change digital circuit design from an art to a science" (Goldstine, 1972, p. 119) - ""a basic idea on which all modern computers are built." (Shannon's obituary, the New York Times). Shannon was awarded the Alfred Noble Prize of the American Society of Civil Engineers for his master's thesis in 1940.
USD 12,200

EAST INDIES DALRYMPLE, ALEXANDER. Oriental Repertory. 2 vols.
1791-93 & 1808. First edition, first issue of the complete volumes, printed in 250 copies, on the history, geography, and ethnography of the East Indies consisting mostly of reports, charts and translations produced by agents of the East India Company, including Dalrymple himself, nearly all previously unpublished. His editorial activity in searching out and publishing contributions was a private interest, in addition to his work for the East India Company and later also for the Admiralty.
USD 16,700

TRULY SPLENDID SET OF ALL THREE VOLUMES ON HOLLANDE (MERELY 23/25 PRINTED COPIES OF EACH) CAMUS, ALBERT. Actuelles. Chroniques + Actuelles II + Actuelles, III. Chronique Algérienne
(1950, 1953 & 1958). All three of these highly important volumes are printed on Holland, all limited and numbered - (I) is number 13 of 25 copies, II is number 20 of 25 copies, and III is number 20 of 25 copies. A truly unique and homogenous set, exquisitely bound in splndid patterned binding, of the three volumes that collect Camus' "Chronicles", his political pieces, journalist pieces etc. Especially vol. III, the Algerian Chronicles, is considered of immense importance, as it gathers and clarifies his pacifist leaning views. "Algerian Chronicles is a moving record of Albert Camus's distress at his inability to alleviate the series of tragedies that befell his homeland, Algeria, over a perios of 20 years, from 1939 to 1958. Camus collected these reactions to current events in a volume originally entitles "Actuelles III"."
USD 13,700