Knokke Art Fair 2022: a feast of quality and variety 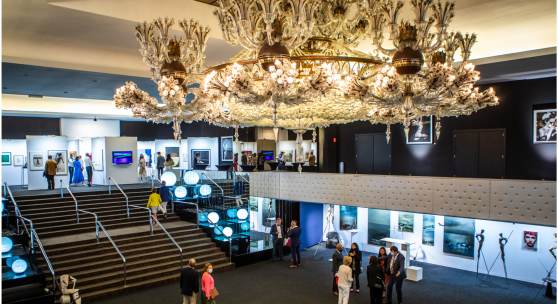 The Knokke Art Fair, the 2022 edition, will be a festival of visual art that is both broad and profound. The collection is an extremely varied ensemble in terms of techniques and disciplines, visually situating itself in time in presenting artists who are aspiring to high levels or who are on the threshold of recognition.

This edition of the Knokke Art Fair is notable for its exceptional diversity in many areas and for its special care of the visitor, who can enjoy a Bentley shuttle to and from the exhibition as well as an open bar. All signs indicate that this edition will generate genuine interest from both the general public and connoisseurs.

Let's take a quick look at what will be shown in the legendary casino of Knokke.

The modern art department is traditionally well served and bears witness to a fresh variety of works that remind us of what we have been discreetly revering for years. Galerie Waddington Custot may be taken as an example. It showcases iconic modern artists such as Jean Dubuffet, Pierre Soulages, Joan Miro, Josef Albers and Antoni Tàpies, among others.

In the contemporary art department, which contains many surprises, we can, for example, highlight the Paris Galerie DIx9. Hélène Lacharmoise wants to display and promote works of art and artists of today from all over the world. She compares French artists with others who are not yet well known in France or here, except perhaps by connoisseurs and collectors who will undoubtedly enjoy what is presented.

An important section of the Knokke Art Fair has been given the name “On Stage”. It will give rise to many surprises and aha! experiences as young artists are literally placed on stage. It will be an assembly of discoveries and revelation; moments of recognition and appreciation: the whole a breeding ground for future talent.

Design also features with dozens of special pieces by De Sede, B&B Italia, Cassina, Knoll, Artemide and Vitra, among others, on display. Designers such as Gaetano Pesce, Eileen Gray, Gae Aulenti and Pierre Paulin are there as well as the Belgian Olivier De Schrijver. Pot&Berden from Axel, among others, shows important pieces from its particularly rich collection.

A wonderful surprise awaits: a breathtaking look at works from ten Flemish art collections. A single iconic work of art has been selected from each of these collections. Some of them feature in – and have been admired at - the current edition of the Venice Biennale. This selection has aptly been named HIGHLIGHTS.

Admit that this looks more than enticing. (hb)