Rare finds abound at The American International Fine Art Fair (AIFAF), slated for February 3-8, 2010 at the Palm Beach County Convention Center. The only American international art and antiques fair rated 5-stars by The Art Newspaper, AIFAF has established itself as a premier destination for sophisticated dealers and collectors. The fair has emerged as the most prestigious art and antique show in the United States and has been recognized as the "crown jewel" of American art fairs. As one of the world's leading sources for museum-quality paintings, sculpture, and antiques, AIFAF reflects traditional, modern and contemporary collecting trends. Eighty dealers from more than a dozen countries including Great Britain, Spain, France, Germany, Italy, Belgium, the Netherlands, Switzerland and Austria convene in the tony enclave of the Palm Beaches to showcase their finest offerings, all strictly vetted. 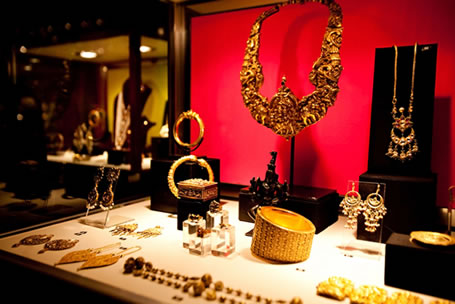 Contemporary and modern art is strongly featured by dealers including Rudolf Budja Galerie, Galerie Terminus and Galerie Thomas (Le Coq Fleuri by Marc Chagall). Goedhuis Contemporary displays striking artwork by China's contemporary artists and Robert Hall features the work of Lu Shoukun, one of the most important artists in the history of Hong Kong. 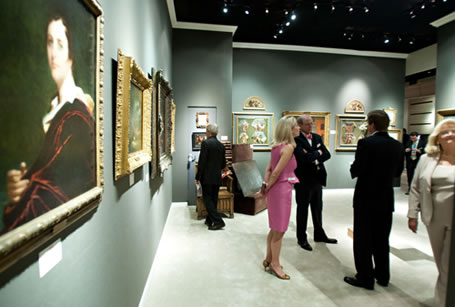 Important American paintings will be on display at Adelson Gallery (noted artwork by Andrew and Jamie Wyeth), Hollis Taggart Galleries, Guarisco and Berry-Hill Galleries (Untitled, by Sam Francis). Photography is presented by the Holden Luntz Gallery, as well as Rudolf Budja (the "Hollywood Legends" collection by celebrity photographer Frank Worth).

Exceptional artwork is on display at every turn exhibited by the many world-renowned dealers at the fair. Among the most extraordinary paintings on offer this year is The Park of the Hospital St. Paul by Vincent Van Gogh at the Dickinson Gallery, which displays paintings from the Renaissance to contemporary times. "Collectors in Palm Beach are very sophisticated in targeting quality paintings," said Hugo Nathan, Dickinson president.

A growing number of contemporary art collectors are including top tier antiques in their collections. "We're seeing younger collectors with contemporary art in their homes' minimalist interiors now buying truly important antiques, which they perceive as works of art," said Stefanie Rinza, managing director of Carlton Hobbs. The gallery is bringing a 20th century dining table by Henry Moore. 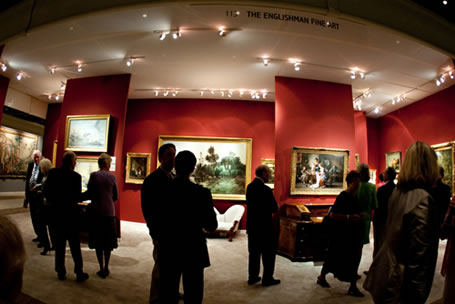 A seminal work of literature can be found at 19th Century Shop. Adam Smith's The Wealth of Nations (1776) is regarded as the most celebrated book in the history of economics and an iconic tome for financiers, economists, and captains of industry around the world. Imperial Books also offers bound sets and first edition books.

Vintage jewelry will be featured by Véronique Bamps, Hancocks, Macklowe Gallery, and Richter's. On view at Bamps are glittering period jewels by such masters as Cartier, while Hancocks brings an Egyptian revival necklace bought by The Prince of Wales (Edward VII) for his mistress, actress and socialite Lillie Langtry in 1880. The latest in haute couture jewelry will be shown at Buccellati, David Morris, Graff, Gioia, Scavia, Sabbadini, Tiffany & Company and Van Cleef & Arpels. For watch collectors, Somlo Antiques offers a broad selection of prestigious vintage timepieces.

The fair is also home to one of the world's most prominent arms and armor dealers, Peter Finer. "Our collectors hail from Latin America, Europe and New York, and Palm Beach is an ideal location to reach out to them," said Redmond Finer. The gallery is bringing 16th to 19th century European suits of armor including a rare composite North Italian half-armor from 1590.

Also represented at AIFAF are 20th Century decorative arts at dealers including The Silver Fund and Lebreton Gallery, ancient art at Royal-Athena Galleries and Numisart Ancient Art, highly sought-after porcelain and ceramics at Lillian Nassau and MS Rau and sculpture at Galerie Koch (including Alexander Calder's mobile Red and Blue on Black and White) and Galerie Terminus (which displays works by renowned British sculptor Tony Cragg).

To assure the highest standards of authenticity, all artwork on display goes through a rigorous vetting process. The AIFAF 2010 Vetting Committee is made up of over 35 international museum professionals and experts in every field.