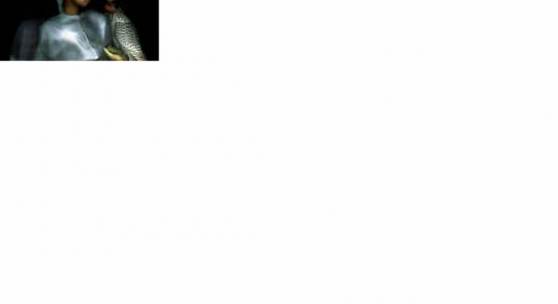 ANNOUNCING THE ART SPACES SELECTED FOR MARKER 2014: CENTRAL ASIA AND THE CAUCASUS

Marker is Art Dubai’s curated gallery programme that focuses each year on a particular theme or geography, accentuating Art Dubai’s role as a fair of discovery and a site for the production and exchange of knowledge and ideas.

In 2014, Art Dubai’s Marker programme is curated by the artists Slavs and Tatars and takes Central Asia and the Caucasus as its focus. Celebrating the complexities of faith, identity and language in these regions, Marker 2014 includes five booth exhibitions, plus dynamic educational and research initiatives.

Marker is one of three gallery programmes showcasing regional and international artists at Art Dubai, which takes place March 19-22, 2014, at Madinat Jumeirah. The fair is held in partnership with The Abraaj Group and is sponsored by Cartier and Emaar. The Dubai Culture and Arts Authority is a strategic partner of Art Dubai and supports the fair’s year-round education programme.

The art spaces invited to participate in Marker 2014 range from state institutions to galleries and artist-run initiatives, including: ArtEast (Bishkek, Kyrgyzstan); Asia Art (Almaty, Kazakhstan); North Caucasus Branch of the National Center for Contemporary Art (NCCA) (Vladikavkaz, Republic of North Ossetia-Alania, Russia); Popiashvili Gvaberidze Window Project (Tbilisi, Georgia); and YARAT Contemporary Art Space (Baku, Azerbaijian). Slavs and Tatars are working with each space and their artists to present existing and new work that together forms a collective exhibition through a ‘regime of portraiture’, including faces, places and traces from mid-twentieth-century painting to contemporary drawings and sculptures.

At the fair, Marker 2014 will take the form of a chaikhaneh or Eurasian (tea) salon, to activate each work as a point of departure, to tell larger stories touching upon questions of faith, language, landscape; and importantly, how these notions are ritualised, interiorised, and hybridised beyond the often brittle politics of identity.

2014 also marks a new collaboration between Marker and onestar press, the renowned Paris- based artist book publisher. onestar will publish books by emerging and established artists from Central Asia and the Caucasus invited by Slavs and Tatars, including Reza Hazare, Taus Makhacheva and Armen Eloyan, among others.

“The relevance of the Caucasus and Central Asia to the Middle East and Muslim world in general--from nation building exercises to syncretic rituals of faith--is difficult to over-estimate,” says Slavs and Tatars, curators for Marker 2014. “We're excited to tell a different story of these regions--one which argues for cosmopolitanism, through equally discursive, participatory and visual platforms.”

For the first time, Marker also features an extended education programme, which includes a research booth, daily talks and tours by curators and artists, and opportunities for upcoming curators to research and gain experience in this field. Marker’s education partner is Caspian Arts Foundation.

Showcasing the work of around 20 artists, Marker 2014 represents the most significant showing of work from Central Asia and the Caucasus to take place in the Middle East to date.

“Now in its fourth edition, Marker has evolved into an extraordinarily dynamic section of the fair, with a dedicated purpose and strong identity,” says Antonia Carver, Fair Director, Art Dubai. “After a focus on Indonesia in 2012, followed by West Africa in 2013, Marker 2014—dedicated to Central Asia and the Caucasus—expands to include an exciting publishing project plus educational initiatives, research, tours and talks.”

About Marker
Marker is Art Dubai’s curated programme of galleries and artspaces, which focuses each year on a particular theme or geography. This section aims to exemplify the fair's role as a site of discovery and cross-cultural exchange, and is a feature of Art Dubai’s extensive not-for-profit programming. After a focus on West Africa in 2013, curated by Lagos-based Bisi Silva around the theme of ‘cities in transition’, Marker 2014 invited artists Slavs and Tatars to select and work with galleries and art spaces located in Central Asia and the Caucasus.

Slavs and Tatars is a collective with solo exhibitions at major museums—MoMA, Secession (2012), REDCAT (2013), Kunsthalle Zurich, Dallas Museum of Art (2014)—as well as group exhibitions across the Middle East, North America and Europe. They have published six books, including a translation of the legendary Azeri political satire Molla Nasreddin (2011, JRP-Ringier).

About Art Dubai
The eighth edition of Art Dubai takes place March 19-22, 2014. Art Dubai is held in partnership with The Abraaj Group and is sponsored by Cartier and Emaar. Madinat Jumeirah is home to the event. The Dubai Culture and Arts Authority is a strategic partner of Art Dubai and supports the fair’s year-round education programme.

Known as one of the most global and innovative of art fairs, Art Dubai 2014 includes 87 galleries from 36 countries—from the world’s most influential galleries to dynamic young artspaces across three gallery programmes, offering audiences the opportunity to discover the work of more than 500 artists through histories and across geographies.