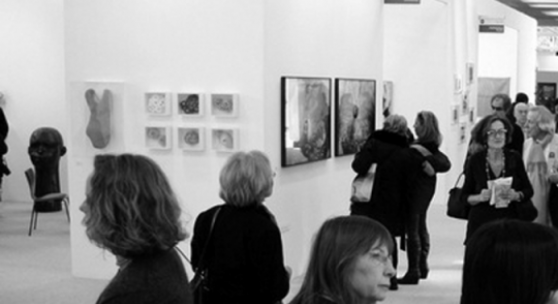 ARTEFIERA 2014 is ready to go with major new initiatives for its next edition in Bologna from 24th to 27th January. More Galleries, this year’s 19th Century début, a focus on East European countries and China, and something for collectors with Marco Scotini’s empty pedestal exhibition.

The first good news is that with three months to go more than 150 Italian and international galleries have already applied to take part in the next edition of ArteFiera, a 20% increase over last year’s figure. The selection of artistic curators has already been completed for some of the contemporary and modern sections, and will soon be underway for the New Proposals and Solo Show sections. This follows in the wake of an upsurge of interest and applications from many more galleries with respect to the past edition, and marks a renewed interest in the longest-running Italian contemporary art fair whose 38th edition sees its leadership unrivalled.

ArteFiera 2014 New Initiatives
This year’s many new initiatives include the début of art from the second half of the nineteenth century, a proposal shared by ArteFiera’s artistic directors in a curatorial vision focusing on the ability of many nineteenth century artists to herald future trends. This led to the brave step of flanking the nineteenth century art of the Macchiaioli, De Nittis, and Boldini with contemporary works in a vision of contemporary art transcending temporal and geographical confines. According to the curators, “A closer look at the early days of what we call modern art will broaden the fair’s interest for galleries dealing in late nineteenth century and early twentieth century art because of an ideal continuity with the past that helps us to understand the present”.

The outcome of this initiative is an opening up to the underexplored artistic production of areas still considered emerging markets, like Eastern Europe and China, and new sectors like fine art photography. With absolute quality and original research their ongoing leit motif, Bolognafiere’s artistic directors Claudio Spadoni and Giorgio Verzotti have opted to broaden the event to myriad sectors of artistic production to meet the many demands of Artefiera’s growing public.

Art stems from every corner of the world and not just the West. This is highlighted by ArteFiera’s commitment to showcase the art of Eastern Europe, a world brimming with new ideas, proposals and stimuli. A FOCUS ON EASTERN EUROPEAN COUNTRIES

ArteFiera 2014 will host a Special Focus Section curated by Marco Scotini, independent curator and Director of NABA (Milan’s Nuova Accademia di Belle Arti). The section will be devoted to Eastern European countries, the geographical area selected for the 2014 edition, whose emerging economies have boosted the art market and cultural scene in general. The focus on Eastern Europe will also extend to the city of Bologna with the “Empty Pedestal” exhibition hosted by the city’s Archaeological Museum featuring works by East European artists now part of the heritage of Italy’s leading private art collections.

ART AND CHINESE ART COLLECTING WITH BOLOGNAFIERE SH CONTEMPORARY ArteFiera will also pay special attention to the world of contemporary Chinese art, thanks to the close partnership with SH Contemporary, the leading Chinese modern and contemporary art fair organized by BolognaFiere China whose next edition is scheduled for 11th to 14th September 2014 in Shanghai. During ArteFiera 2014, SH Contemporary will present an exhibition devoted to ink and paper works in contemporary Chinese art with a special focus on the avant-garde generations of the last 50 years.

FINE ART PHOTOGRAPHY
For the first time an entirely new section of ArteFiera will be devoted to galleries dealing in fine art photography to be organized in partnership with MIA Milan Image Art, the international art fair devoted to photography and video directed by Fabio Castelli with whom BolognaFiere has signed a multiyear agreement.
Collectors visiting ArteFiera’s new photography space will find works by a qualified selection of galleries specializing in this type of artistic expression, an art form garnering critical acclaim by a growing number of experts and purchasers.