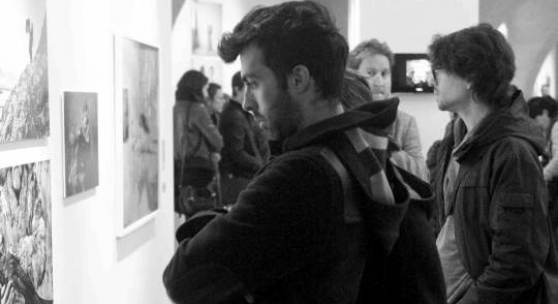 The World Photography Organisation and Montgomery recently announced the inaugural edition of Photo Shanghai, the first international art fair dedicated to photography in China. The Fair will run from 5-7 September at the landmark Shanghai Exhibition Centre, and aims to establish the most professional and international platform for fine art photography in the Asia-Pacific region.

A press conference at VIP partner hotel Le Royal Méridien Shanghai - today, 8 May - announced the confirmed galleries to date alongside the advisory board. Up to 70 galleries will exhibit at the Fair including:

The Fair, which will be directed by Alexander Montague-Sparey (previously Director, Head of Photographs Department, Christie’s London) has been created in direct response to the increasing demand by audiences from across Asia-Pacific, and beyond, to discover accessible and collectable photography. Galleries from across the world now have a unique platform in China and the opportunity to establish and extend their network of buyers in the Asia-Pacific region.

As Jeffrey Boloten, Co-Founder & Managing Director of ArtInsight Ltd comments: “With the intense infrastructure developments continuing apace; a major governmental cultural industry focus and museum building drive, Christie's and Sotheby’s as new entrants to the auction market, and the Basel Art Fair now a formidable presence in Hong Kong, the Chinese art market is absolutely heading in a positive direction for the future.”

Fair Director Alexander Montague-Sparey, who has worked with some of the biggest collectors, dealers and artists in the field and created many notable new auction markets for contemporary photographs, comments:

“Photography, art fairs and China are three of the most dynamic opportunities in the art world today. It is therefore an honour to direct the first edition of Photo Shanghai. I am thrilled to bring 19th Century and 20th Century photography alongside emerging and established contemporary photography of the highest calibre into the fastest-growing economic region in the world.”

“The need for such a fair is reflected in the enthusiasm and commitment we have received from some of the leading international galleries in the field, such as FLOWERS, CAMERA WORK, DANZIGER GALLERY, Fahey/Klein Gallery, M97 Gallery and Vanguard Gallery. This highly curated and elegant fair is set to create a new benchmark for photography in the Asia Pacific region and adds an important date to the art world calendar.”

Commenting on their involvement, David Fahey - Owner of the Fahey/Klein Gallery, Los Angeles - says: “We have been watching with interest the many talented photographers coming out of China and the growth in interest of the Chinese community in collecting photography. Shanghai is clearly one of the most vibrant and high energy cities in the world and the perfect locale to host this new fair.”

To this, Ute Hartjen, Director, CAMERA WORK, Berlin, adds: “Gallery CAMERA WORK is proud to be part of Photo Shanghai 2014 and takes the view that the gallery and its aim to combine both classic and contemporary photography perfectly reflects the city of Shanghai with its fascinating synergy of traditional and modern elements."

Sandy Angus, co-founder of ART HK (now Art Basel Hong Kong) and Chairman of Montgomery and the World Photography Organisation comments: “The vast Asian art market has seen considerable growth over the past decade and in that time photography has been an ever-increasing part within the contemporary art space. China has the advantage of a treasure trove of ancient photographs as well as an appreciation of the medium of photography and its place in the art world. Photo Shanghai has the opportunity to draw on this interest amongst both Chinese and Asia-Pacific collectors.”