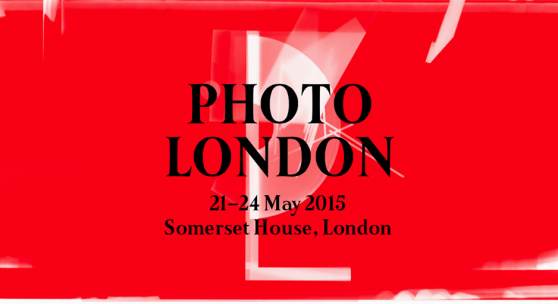 KĀVEH GOLESTĀN: PROSTITUTE SERIES
The first UK exhibition of the late Iranian documentary photographer’s portraits taken between 1975–77 in the Citadel of Shahr e No (New Town), Tehran’s red light district, a walled ghetto where 1,500 women lived and worked. The Citadel was set on fire a few weeks before the victory of the revolution in 1979 (with an undisclosed number of residents trapped inside) and then demolished shortly after through an official decree. Golestan’s portraits are the last extant photographic record of the residents of the Citadel. Whether ravishing beauties or distressingly abused individuals, Golestan’s Prostitute series constitutes one of the most striking visual studies of femaleness produced in Iran. Curated by Vali Mahlouji. The exhibition is a Photo London commission, and will be accessible with a Photo London ticket. Embankment Galleries West, 21–24 May

RUT BLEES LUXEMBURG: THE TEASER
With text by Alexander García Düttmann Arranged around the public courtyard of Somerset House, 10 lightbox cubes and 20 framed lights will show photographs by Rut Blees Luxemburg that illustrate an urban ‘love story’ overlayed with text by philosopher Alexander García Düttmann. From 12 pm - 4pm on Saturday 23 May, the installation will become the set for a performance readingof Blees Luxemburg and García Düttmann’s collaborative publication The Academic Year, in association with SPBH Editions. The outdoor lightboxes form part of a European outdoor art project by Procur.arte. Rut Blees Luxemburg: The Teaser is part of Photo London’s public programme. Somerset House Courtyard, 21-24 May

TALKS & LECTURES:
Curated by Professor Francis Hodgson, senior photography critic of The Financial Times, Photo London’s live programme will include conversations with some of the most important practitioners working in the field today, debates on pressing cultural issues with prominent critics and thinkers, and illuminating discussions on the issues surrounding photography collecting for individuals, as well as collections owned by corporations and institutions. Talks and discussions will take place throughout the fair at a number of formal and informal venues, including the Courtauld Lecture Theatre, Somerset House Screening Room and the Fernandez & Wells café.

In addition, the National Portrait Gallery will hold two special evening events on portrait photography on Thursday 21 May and Friday 22 May, both of which will include a critical symposium followed by a presentation by a prominent photographer. As the official media partner, FT Weekend will host part of the Photo London talks programme on Saturday 23 May.

MUSIC AND PHOTOGRAPHY:
London’s cultural heritage and the links between music and photography are celebrated in a quartet of evening events in the subterranean Deadhouse space beneath the courtyard of Somerset House. Documentary photographs immersed in the worlds of disco, reggae, dancehall, and grime will be projected in the space to the accompaniments of live DJ sets. The Music & Photography series is part of Photo London’s public programme. 8pm - Midnight 21 May, 8pm -11pm 22 -24 May.