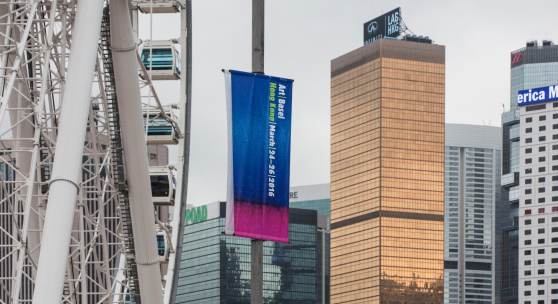 Art Basel today announced its new Art Basel Cities initiative, which will expand Art Basel's engagement in the art world from staging art fairs to working with cities to develop cultural events with international resonance. Art Basel Cities will offer the art world new opportunities to discover and engage with cultural scenes across the world. As part of this initiative, Art Basel will work with selected partner cities to develop vibrant and content-driven programs specific to the city, connecting them to the global art world through Art Basel's network.

Art Basel will use its expertise, network, and communication channels to support cities in developing their individual cultural landscape. In addition to hosting unique art events in the partner cities, the program will bring projects from these cities back to the Art Basel shows, providing them with additional platforms to engage with Art Basel's international audience.

Art Basel aims to work with cities that have either an emerging or an already established cultural scene and a strong commitment to establishing themselves internationally as a cultural destination. A newly formed advisory board, consisting of prominent art world figures with expertise across various disciplines, will work alongside Art Basel's Director of Business Initiatives, Patrick Foret, to develop this new strategic initiative. Members of the board include: David Adjaye, Füsun Eczacıbaşı, Richard Florida, Jacques Herzog, Sam Keller, William Lim, Simon Mordant AM, Lars Nittve, Anne Pasternak, Patrizia Sandretto Re Rebaudengo, Dennis Scholl, Uli Sigg and Michael Tay.

Previously Head of Sponsorship for Art Basel, Patrick Foret played a key role in shaping partnerships to produce meaningful and valuable contributions to the art world, such as the BMW Art Journey and the Davidoff Arts Initiative. He was also the lead figure behind the creation and successful launch of Art Basel’s crowdfunding initiative with Kickstarter, the first opportunity for Art Basel to contribute on a large scale to the wider art world beyond its three shows. Through this initiative, Art Basel has helped support grassroots organizations across the art world by endorsing selected non-profit cultural institutions and giving them global exposure. Art Basel's Crowdfunding initiative with Kickstarter has raised nearly $800,000 USD from over 5,000 backers since it launched in 2014, funding 34 projects from a diverse range of locations around the world including Detroit, USA; Kabul, Afghanistan; Lagos, Nigeria; Mexico City, Mexico; Port-au Prince, Haiti; Rio de Janeiro, Brazil; San José, Costa Rica and Vancouver, Canada.

Once Art Basel has decided to collaborate with a city, there will be a consultative process with key stakeholders from the local art scene as part of an in-depth audit of the city’s cultural assets, infrastructure, and resources, and how they align with its urban, economic and cultural development vision. As part of the audit process, Art Basel will work with global advisory firm Creative Class Group, founded by urbanist Richard Florida.

‘Art Basel has significant experience in staging premier art events’, said Patrick Foret, Art Basel's Director of Business Initiatives. ‘We are excited to bring our expertise and network to new partner cities, and to work with them to amplify their commitment to arts and culture.’

In addition to the cultural impact, Art Basel Cities has the potential to positively affect the economies of partner cities. In Miami Beach, for example, an estimated total of $500 million USD in economic impact has been measured during the week of the show as a result of Art Basel’s presence in the city. Art Basel’s show in Miami Beach has widely been acknowledged to have been one of the catalysts for this cultural renaissance in South Florida. The Mayor of Miami Beach, Philip Levine, has stated that: ‘Since Art Basel launched there 14 years ago, Miami Beach and its neighboring cities have seen the number of art galleries grow from 6 to over 130, with the opening of several world-class private and public museums, and the development of two new arts districts.’