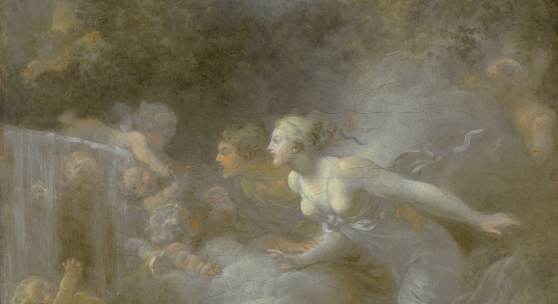 NEW YORK, 21 October 2016 – Sotheby’s is honored to announce that it will offer property from the collection of Philadelphia sports owner and legend Edward M. Snider across a series of auctions beginning this fall and continuing into early 2017. Full proceeds from the collection will benefit The Edward M. Snider Youth Hockey Supporting Organization, a fitting tribute to the former owner of the Philadelphia Flyers. The works on offer span nearly four centuries, from Master Paintings to European, American and Impressionist & Modern Art. In addition to each auctions pre-sale exhibition, Sotheby’s will travel select highlights from the collection to Los Angeles, Hong Kong and San Francisco this fall. EDWARD M. SNIDER

Edward M. Snider, the son of a Washington, D.C. grocery store owner and one-time the Vice President of the Philadelphia Eagles Football team, transformed sports in the City of Brotherly Love when he convinced the National Hockey League to award him and a small group of investors an expansion franchise to be known as the Philadelphia Flyers in 1967. In 1971, Snider put together a plan to purchase a struggling arena known as the “Spectrum,” home to the Flyers and the NBA Philadelphia 76ers, and within a few short years the facility came to be widely known as “America’s Showplace”. In the early 1990s, Snider once again revolutionized the face of Philadelphia sports when he privately financed and constructed a new, state of the art arena for the Flyers and 76ers, now known as the Wells Fargo Center. Immediately following Comcast Corporation’s acquisition of the 76ers in 1996, Snider merged his companies into Comcast to form Comcast-Spectacor, and Snider assumed the Chairmanship of the company—a position he held until his passing in early 2016. A powerful figure in the NHL, and considered one of the most influential figures in the sport, Mr. Snider set the bar high many years ago when the Flyers won the Stanley Cup championship in 1974—the first NHL expansion team to do so and repeated the feat again in 1975.

In 2005, Mr. Snider created The Edward M. Snider Youth Hockey Foundation, a charitable foundation that uses the sport to help educate young people from under resourced neighborhoods about how to succeed in the game of life. Providing ice time and equipment to young players entirely free of cost, the Foundation uses hockey as the hook to gain and hold the attention of its participants as it keeps them fully engaged in structured recreational, educational and life skills programs. In 2010, Snider Hockey partnered with the City of Philadelphia and the Commonwealth of Philadelphia, investing more than $14 million to refurbish four city owned ice rinks for year-around use. Over 85% of Snider Hockey high school seniors graduate and continue on to college or other post-secondary programs. Directing the proceeds of these sales to The Edward M. Snider Youth Hockey Supporting Organization is at the specific bequest of the late hockey legend.

AMERICAN ART 21 November 2016
The Snider Collection features a spectacular selection of Western pictures, including landscapes by Albert Bierstadt, Thomas Moran and William Wendt. Leading the group is Albert Bierstadt’s Sunset in California, Yosemite (est. $1/1.5 million). Based on numerous sketches completed on his 1859 and 1863 trips to what he referred to as an earthly “Garden of Eden”, Bierstadt beautifully captures the dramatic vistas of the Valley, as well as the transcendent and somewhat mystical characteristics of the territory. The grandeur of the American West portrayed in Bierstadt’s painting can also be found in Thomas Moran’s Cascade Falls, Yosemite from 1905 (est. $800,00/1.2 million), which captures the visual and audial theatrics of the region’s waterfalls.

EUROPEAN ART 22 NOVEMBER 2016
Sotheby’s autumn auction of European Art will be led by works from the Snider Collection by John Frederick Herring Sr. and Alfred Stevens. Depicting an annual summer tradition in England’s rural communities, Herring’s A Horse Fair on Southborough Common (est. $700,000/1 million) is a large-scale work from 1857/58. Paintings such as these helped to secure the artist’s reputation as one of the era’s greatest horse painters, whose patrons included the Duc d’Orleans, The Duchess of Kent and Queen Victoria. In the present work, Herring paints himself as a smartly-dressed man at the far left, appraising the new stalk. Stevens’ Ready for the Fancy Dress Ball (est. $500/700,000) was commissioned by the American industrialist and philanthropist William Henry Vanderbilt, who hung the painting prominently in his home on Fifth Avenue. The work is set in the elaborate ‘Chinese Boudoir’ of the artist’s home on Rue des Martyrs, which served as the setting for several of artist’s most important works. MORE ON THE EUROPEAN ART FROM THE COLLECTION ON SOTHEBYS.COM BLOG