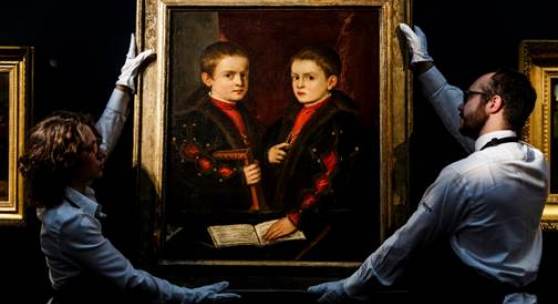 “Key to tonight’s success was the extraordinary provenance of a large proportion of the sale, with many of the works coming to the market for the first time, not just in decades but in centuries.  The hunger of the market for such works was demonstrated by the participation of multiple bidders on so many of the lots, with paintings being driven well in excess of their estimates by a broad spectrum of private collectors and dealers from across the globe.  In a collecting field as old as ours, it’s thrilling still to be introducing works by great masters to the market for the very first time.”
Alex Bell, Sotheby’s Worldwide Co-Chairman of Old Master Paintings

TONIGHT’S SALE AT A GLANCE:

·         The Top lot of tonight’s sale was a beautifully preserved version of Pieter Brueghel the Younger’s Return from the Kermesse, which realised £2.6m (Lot 34, est. £2-3m). This boisterous depiction of villagers returning from a country fair, full of merriment and abandon, enjoyed great popularity during the artist’s lifetime.
·         The second-highest price achieved tonight was for an exceptional early Renaissance portrait by Titian and his studio, Portrait of two boys, said to be members of the Pesaro Family, which realised an above-high-estimate of £2.1m (Lot 11, est. £1-1.5m). This ranks as the fourth highest price achieved at auction for any work by Titian. This striking work is a rarity in the genre of portraiture, as it is one of the first and very few double portraits in Renaissance painting. Its originality also lies in the intensely expressive representation of childhood, rarely seen in Titian’s oeuvre.
·         Lorenzo Lotto’s Portrait of an Architect fetched £416,750 (Lot 12, est. £200,000-300,000) – a record price in sterling for the artist. A recently discovered addition to the artist’s oeuvre, the work was probably painted in the 1540s.
·         A magnificent 15th-Century Italian gold-ground by the Master of the Osservanza - one of the most prominent Sienese artists of the first half of the 15th century - Flagellation, fetched twice the high estimate at £1.4m (Lot 22, est. £400,000-600,000). This beautiful gold-ground painting from 1441 served as a file cover for official documents relating to the city state of Siena and has remained in the collection of famous German painter Franz von Lenbach for over a century.


Titian and his studio, Portrait of two boys, said to be members of the Pesaro Family, which realised an above-high-estimate of £2.1m (Lot 11, est. £1-1.5m)
Sotheby’s Auktionshaus