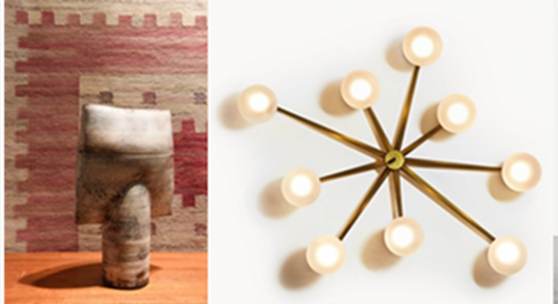 NEW YORK, 9 December 2016 – A combination of jewels and important stones emerging from the collections of Marjorie S. Fisher, Betsey Cushing Whitney & John Hay Whitney, Mr. & Mrs. Lichtblau and more drove Sotheby’s New York sales of Magnificent Jewels and Fine Jewels to achieve a combined $29.7 million. Over the last two days, Sotheby’s sold more than 650 pieces of jewelry, with a very strong overall sell-through rate of 84.1% by lot. Our worldwide Jewelry auctions in 2016 have now crossed $500 million in sales, with our Fine Jewels auction in London and The Wish List: Jewellery, Watches and Accessories online-only sale remaining this month. Below is a look at the exceptional pieces that drove our sales this week and throughout the year.

Over 300 jewels from the collection of celebrated philanthropist Mrs. Marjorie S. Fisher were offered throughout the two sales, realizing an outstanding $10.6 million against a high estimate of $9.6 million. Mrs. Fisher’s collection was led by an Important 18.04 Carat, D Color Diamond Ring, which sold for $1,842,500 after intense competition between five bidders on the telephone and in the room (estimate $1.25/1.75 million). Mrs. Fisher’s signed jewels were led by a sophisticated Mystery-Set Ruby and Diamond Brooch by Van Cleef & Arpels, which realized $342,500 – well above its high estimate of $200,000. Mrs. Fisher’s encyclopedic collection spanning more than 150 years of jewelry history was sought by a global pool of bidders, achieving a very strong sell-through rate of 92.1%. Additional jewels, paintings and decorative arts from Mrs. Fisher’s collection will be offered throughout 2017 – a full sales schedule is available upon request.

The Magnificent Jewels sale offered 63 lots from the Family of Betsey Cushing Whitney and John Hay Whitney that represented decades of innovative design from some of the most sought-after jewelers, including Van Cleef & Arpels, Cartier, Verdura and Bulgari. More than doubling its high estimate, the collection realized $2.3 million. Worn by Mrs. Cushing Whitney on numerous occasions, the Coral, Amethyst, Turquoise and Diamond Necklace by Van Cleef & Arpels, France led the group, climbing to $168,750 – nearly three times its high estimate. The collection offered 18 iconic designs by Verdura, including an Amethyst and Diamond 'Wrapped Heart' Brooch, which sold for $50,000.

The epitome of Eastern influences on Art Deco designs, Tutti Frutti pieces by Cartier are jeweled masterpieces. The artful arrangement of carved colored stones and diamonds tells a story that only Cartier could author. The designs have long enchanted jewelry connoisseurs, and this bracelet was no exception.

The sale offered an assemblage of jewels from the collection of George and Anne Lichtblau, featuring a strong selection of Oscar Heyman, David Webb and Cartier. The group was led by Platinum, Mystery-Set Ruby and Diamond Bracelet by Van Cleef & Arpels which sold nearly doubled its high estimate realizing $348,500. The Lichtblau collection also offered an elegant part of Cartier earrings which featured two carved jadeite plaques suspended from numerous diamonds which soared above there estimate ultimately selling for $312,500.

NOTABLE JEWELRY RESULTS OF 2016 AT SOTHEBY’S