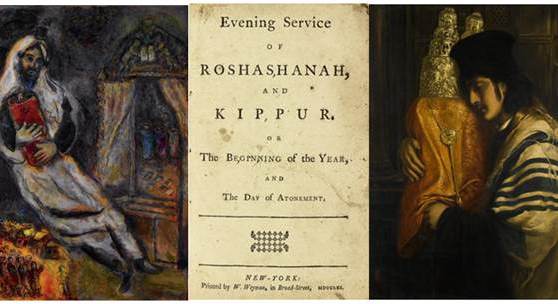 NEW YORK, 16 December 2016 – Sotheby’s annual December auctions of Important Judaica and Israeli & International Art concluded last night in New York with a combined total of $9.1 million. From important manuscripts to ceremonial silver and fine art, below is a look at what drove these strong results:

IMPORTANT JUDAICA
Including Property from the Estate of Shlomo Moussaieff Auction Total $5.3 Million

The Important Judaica sale began with a significant selection of property from the estate of Shlomo Moussaieff, featuring an impressive range of important manuscripts, ceremonial sliver and paintings. Works from the collection together realized $2.6 million, surpassing their high estimate of $2.2 million. The group was led by Simeon Solomon’s Rabbi Carrying the Scrolls of Law, which set a new world auction record for the artist when it sold for $492,500 – nearly double its high estimate of $250,000. The same work had set Solomon’s previous auction record in 2006 when it sold at Sotheby’s London.

Outside of the Moussaieff Collection, the various-owner offering of book and manuscripts was led by the First Jewish Book Printed in the United States. This historic document – of which only three other complete copies are known to exist, with all others held in institutional libraries – sold to applause for $468,500 (estimate $180/240,000) and set a record for a work of American Judaica at auction. The buyer of the work established their reputable collection at the Princeton University Jewish American Collection, and many of the objects from the collection are currently on display at the New York Historical Society.

The North Carolina Museum of Art acquired An Important Italian Parcel-Gilt Silver Large Torah Crown from the early-18th century in Venice, sold for $225,000 (estimate $180/220,000). Related to an Italian crown from the collection of Michael and Judy Steinhardt, the current lot was embossed with baroque foliage, fruit and flowers along with cartouches and emblems of the Ark of the Covenant, Priest’s Hat and hands of Cohen.