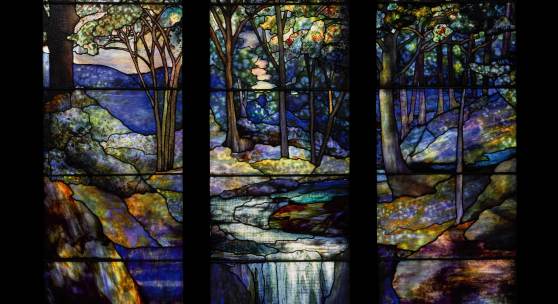 NEW YORK, 19 December 2016 – Sotheby’s is pleased to announce its January 2017 Americana Week sales, featuring exceptional and historically-important examples of American furniture and decorative arts, silver, folk art, manuscripts and more, spanning from the colonial era to the early-20th century. The six sales and 750+ works on offer this January represent one of the most significant selections of this material ever to appear at auction, anchored by an impressive number of distinguished private collections.

We are thrilled to share that David Korins, Tony-nominated set designer for Hamilton the musical and the recently-opened Dear Evan Hansen – among his many other accomplishments – will serve as Creative Director for Sotheby’s Americana Week. David will design a multi-floor installation in our New York headquarters, responding to the centuries of American history and craftsmanship on view. Our Americana Week exhibitions open to the public 11 January.

David Korins commented: “I am thrilled to be collaborating with Sotheby's on this unique opportunity to create a new type of consumer journey through their iconic Upper East Side space. I am inspired by the virtuosic craftsmanship and rich history represented in each piece in the sale. My design will explore a theme of a thousand individual threads and stories woven together to tell one collective American story.”

Erik Gronning, Head of Sotheby’s American Furniture & Decorative Arts Department, said: “Our Americana Week this January is one for the ages. Very rarely does the public have an opportunity to see such a broad diversity of fantastic objects. The items on offer have been kept away in collections for many decades, so they are very fresh to the marketplace. It will be exciting to show them this January with new scholarship and connoisseurship.”

ALEXANDER HAMILTON: AN IMPORTANT FAMILY ARCHIVE OF LETTERS AND MANUSCRIPTS Auction 18 January
With a meteoric rise in recognition and popularity over the last 15 years, Alexander Hamilton’s story has captured the popular imagination to an extent almost unprecedented for a historical figure. This sale will tell the story of his brief but momentous life through hundreds of original documents – many bearing his signature – that have descended through his family for the last two centuries. Separate release available

THE IRIS SCHWARTZ COLLECTION OF AMERICAN SILVER
Auction 20 January
Iris Schwartz devoted decades to building a comprehensive survey collection of American silver, from its beginnings to the present day. Starting with Hull and Sanderson, the first silversmiths documented in what would become the United States, it embraces masterpieces and characterful items of the Rococo, Neoclassical, Federal, Empire, Revivalist, Japonesque, Art Nouveau, and Modern periods – an achievement of both intellectualism and love of the material.

Highlights from the 18th century include: a very rare pair of American silver candlesticks by Jewish silversmith Myer Myers (estimate $150/250,000) and a beautiful square coffee pot by Baltimore silversmith Charles Louis Boehm for the Ridgely family (estimate $15/25,000). The early-19th century is represented by a monumental American Empire tureen by Baldwin Gardiner (estimate $80/120,000) and rare Antebellum Southern pieces, while the Gilded Age offers a set of twelve Tiffany enameled cups and covers for Nevada bonanza king John Mackay, shown at the 1878 Paris Exhibition (estimate $70/90,000) and a Tiffany “Viking” vase from the 1901 Buffalo Exhibition (estimate $20/30,000). Later silver ranges from a Gorham Martelé punch bowl and ladle (estimate $50/70,000) to a water pitcher by Ubaldo Vitali, winner of the 2011 MacArthur “Genius” award (estimate $3/5,000).