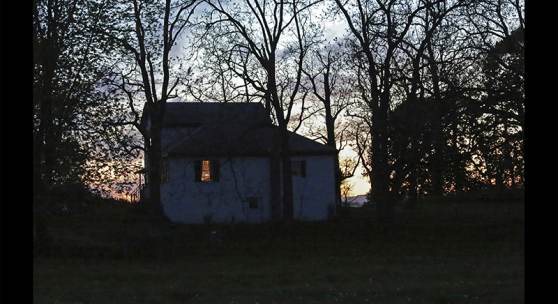 Roberto Polo Gallery is pleased to present the solo exhibition Carolyn Marks Blackwood I The Story Series. The exhibition, the photographer’s first in the gallery, features 52 images created from 2013 to 2017. They are archival pigment prints on Hahnemühle fine art rag paper mounted on Dibond, 19 measure 157.5 x 157.5 cm (62 x 62 in), and 33 measure 121.9 x 121.9 cm (48 x 48 in). On the occasion of the exhibition, Roberto Polo Gallery will publish an eponymous 160-page hardback book with 67 illustrations, edited and written by Barbara Rose, distinguished American art historian, curator, critic and author, and including an essay by Aruna D’Souza, reputed Canadian art historian, critic and author.

Carolyn Marks Blackwood was born in Anchorage, Alaska, in 1951. She is a photographer, screenwriter, and film producer. In 2015, she was featured by Artnet News in Five Artists to Watch: The Photography Edition. Artnet News wrote, “By playing with perspective, Blackwood pushes the boundaries of what it means to be a landscape photographer, widening the parameters of the genre from the typical vast romantic landscapes to an appreciation for the minuscule and the unseen in nature.” Carolyn Marks Blackwood is a principal partner of Magnolia Mae Films, which has produced, among others, The White Crow (2018), Dancer (2016), The Invisible Woman (2013), Philomena (2013), and the Academy-Award winning The Duchess (2008). Carolyn Marks Blackwood’s photographs are in the collections of the Mattatuck Museum; the Albany Institute of History and Art; and the Mint Museum; as well as in many private collections.

For all their narrative richness and complexity, Carolyn Marks Blackwood’s captioned photographs do not contain a single human figure. The moodily lit images of rural settings, and the telegraphic, open-ended words that accompany them, function as quasi-cinematic ‘sets’ for our projections, fantasies, and desires. That she can pull so much out of her relatively simple method is instructive about photography, cinema, and above all, about how we look at pictures.

Carolyn Marks Blackwood’s means are relatively spare: a camera, a curious eye, and the lanes and woods surrounding her house, which sits on a bluff overlooking the Hudson River in Upstate New York. She does not use a tripod, lights, or stage her images, which are merely what strikes her as she walks or drives around her neighborhood, lit only by ambient light. Carolyn Marks Blackwood hardly edits her images when she returns to her studio. Her manipulations are mainly limited to cropping. The finished image reveals more or less what she saw through her lens. Such simple means make the resulting complexity of Carolyn Marks Blackwood’s images all the more remarkable. She manages to create cinematic scenes, with all the tension, pathos, longing, and sense of possibility, dread, and terror that they evoke. The viewer will recognize her scenes in rural versions of film noir, such Charles Laughton’s 1955 The Night of the Hunter.

Cindy Sherman’s Untitled Film Still #48 (1979) and Carolyn Marks Blackwood’s image of an automobile headlight-lit lane (She Stopped Running. The Beauty Stopped Her Cold.) evoke film noir. But while the weight of narrative possibility in Cindy Sherman’s image is borne mainly by the winsome bobbysoxer who stares down the highway, in Carolyn Marks Blackwood’s image, it is suggested by the desolate winding road; the startling, glare-bathed, snow-covered branches; the inky black of the vanishing point; and the spare caption below. There are no bodies to aid us in our imagining—in part, because Carolyn Marks Blackwood wants the viewer to play an active role in conjuring them into existence.

Film is projected onto a screen. Carolyn Marks Blackwood’s photographs are the screens onto which we project like Rorschach tests. Her prints are large, and hung relatively low to the ground, so that onlookers can project themselves into the scene, and become the protagonists.

The minimal captions under Carolyn Marks Blackwood’s images act as prompts for the viewer’s fantasies and invite multiple empathetic interpretations. Those cited in the captions are not specific characters, but rather positions to occupy, or not, depending on our wont. Any reading that we might make of the captions is complex, countered, or doubled by our reading of the image itself.

The play between word and image, as well as the clear evocations of cinema, are not unexpected for Carolyn Marks Blackwood, who began showing her photographs relatively late in life, after a long and notable career as a film screenwriter and producer. There is something enchanting about the idea of someone who has spent her life putting words into film characters’ mouths, stepping back, ceding control, and letting the viewer of her photographs write the screenplay. Likewise, by rejecting the technological trappings of filmmaking, she permits the viewer to override the suspension of disbelief that the cinematic experience relies on, trading their wonder at the magic of cinema for a clear-eyed view of the minimal conditions required to tell cinematic stories through narrative photographs.