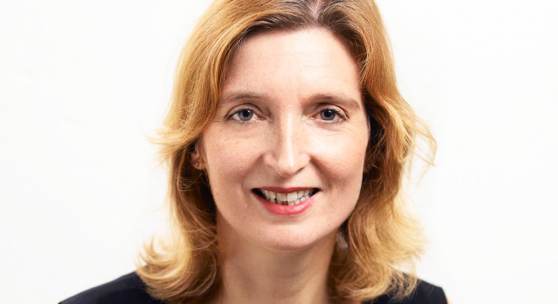 Paris, 17 July 2018 - Sotheby’s (NYSE: BID) is pleased to announce the appointment of Magali Teisseire as Head of the Jewellery and Watches Divisions in France and Monaco. Based in Paris, she will work closely with our teams in Monaco, London, Milan, Geneva, New York and Hong Kong. Her arrival follows the appointment earlier this year, in February, of Laurence Nicolas at the helm of the Global Jewellery and Watches Divisions.

A gemmologist, Magali Teisseire studied history of art and law before starting her career as an auctioneer and specialising in jewellery and horology. Having led the jewellery division of an important French auction house between 2004 and 2011, she then developed her expertise in the domain of e-commerce. After working for an online auction company, she created her own business selling jewellery and watches online, while pursuing her activities as a jewellery expert working with various auction houses in Paris and elsewhere in France.

Magali Teisseire’s appointment coincides with the launch of both live and online jewellery and watches auctions at Sotheby’s in Paris this autumn. The first sale, on 11 October, will celebrate the French jewellery tradition and savoir-faire and will take place in the newly-refurbished galleries of Sotheby’s, marking the 50th anniversary of Sotheby’s in France and 20 years since the company took up residence in the historic Galerie Charpentier on Faubourg Saint-Honoré.

Sotheby’s has been uniting collectors with world-class works of art since 1744. Sotheby’s became the first international auction house when it expanded from London to New York (1955), the first to conduct sales in Hong Kong (1973), India (1992) and France (2001), and the first international fine art auction house in China (2012). Today, Sotheby’s presents auctions in 10 different salesrooms, including New York, London, Hong Kong and Paris, and Sotheby’s BidNow program allows visitors to view all auctions live online and place bids from anywhere in the world. Sotheby’s offers collectors the resources of Sotheby’s Financial Services, the world’s only full-service art financing company, as well as the collection advisory services of its subsidiary, Art Agency, Partners. Sotheby’s presents private sale opportunities in more than 70 categories, including S|2, the gallery arm of Sotheby's Global Fine Art Division, and two retail businesses, Sotheby’s Diamonds and Sotheby’s Wine. Sotheby’s has a global network of 80 offices in 40 countries and is the oldest company listed on the New York Stock Exchange (BID).