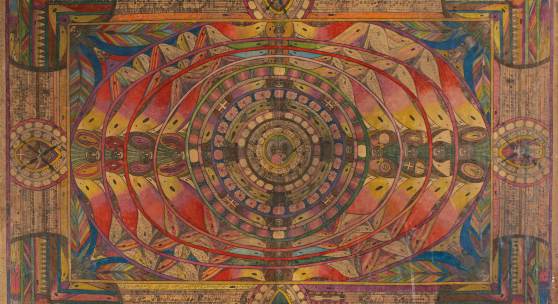 Film and Entertainment Memorabilia Led by the Watercolor from the Therapist’s Office in Good Will Hunting, Sold for $90,000

Fine Art Highlighted by Strong Prices for Street Art, Including Banksy’s Happy Choppers from 2006, Sold for $735,000

NEW YORK, 4 October 2018 – Today at Sotheby’s New York, our dedicated auction Creating a Stage: The Collection of Marsha and Robin Williams achieved $6.1 million, exceeding its high estimate of $4.6 million with an exceptional 95.1% of all lots finding buyers. The 300+ works on offer spanned the diverse interests and careers of beloved entertainer Robin Williams and his wife of 20 years, film producer and philanthropist Marsha Garces Williams – all reflecting their shared passion for collecting. The auction offered insight into the character of a much-loved, unfettered talent, and a fun-filled family life.

A portion of the proceeds from today’s auction will benefit organizations championed by the couple, including Human Rights Watch, the Christopher and Dana Reeve Foundation, Challenged Athletes Foundation, St. Jude’s Children’s Research Hospital and Wounded Warrior Project. Proceeds from the sale will also help establish a permanent Robin Williams Scholarship Fund at The Juilliard School in New York.

Nina del Rio, Sotheby’s Vice Chairman, commented: “Today’s sale invited collectors and admirers to share in the extraordinary lives of Marsha and Robin Williams, and bidders from every corner of the globe competed for every part of the collection – from street art and outsider art to film memorabilia, watches, toys and more. Some of Sotheby’s most exciting sales introduce the world to a relatively unknown side of an otherwise well-known persona, and it has been a true privilege to present works from the Williams Collection that did just that.”

AUCTION HIGHLIGHTS
FILM & ENTERTAINMENT MEMORABILIA
The significant selection of film and entertainment memorabilia on offer featured material associated with projects spanning both Marsha’s and Robin’s careers in film and television. The most highly-sought-after piece of memorabilia in the sale was the original watercolor from the set of Good Will Hunting – painted by the film’s director Gus Van Sant and inscribed to Robin – which achieved $90,000 (estimate $1/1,500). Displayed in the office of Robin’s therapist character Sean Maguire, the present watercolor served as the focal point of Will Hunting’s first therapy session with Sean – arguably one of the most significant scenes in the film.

FINE ART
Today’s auction was led by Adolf Wölfli’s masterpiece Der San Salvathor, which sold for $795,000 (estimate $150/200,000). While working in New York, Marsha spotted the piece in Phyllis Kind’s gallery while searching for a birthday gift for Robin. The Williams’ collection of Street Art performed particularly well throughout the morning session, with five works each selling for $100,000 or more. Leading the group was Banksy’s largescale Happy Choppers from 2006, which achieved $735,000 (estimate $400/600,000). The collection boasted a number of monumental outdoor sculptures, including works by Magdalena Abakanowicz, Niki de Saint-Phalle, Yoshitomo Nara and Deborah Butterfield. These pieces were led by Abakanowicz’s Caminando (20 Walking Figures), which sold for $471,000 (estimate $400/600,000).

WATCHES FROM ROBIN’S PERSONAL COLLECTION
All 45 wristwatches on offer from Robin’s personal collection were sold, totaling $445,000 – double the group’s high estimate. The collection was led by a Fine White Gold Tonneau-Form Minute Repeating Tourbillon Wristwatch Ref 6850 by Franck Muller, circa 1998, which achieved $52,500 (estimate $25/35,000). The selection also featured the Hamilton Watch Co. Wristwatch that Robin wore in the film Dead Poets Society, which was engraved on the back Robin Williams Dead Poet Society 1988 and presented to the actor after filming completed. The watch, which had been estimated to sell for $1/2,000, fetched $32,500.