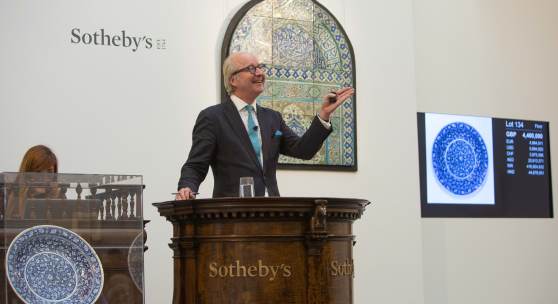 Edward Gibbs, Sotheby’s Middle East Chairman, said: “The fiercely competitive bidding on the Debanne Charger was led by a number of eminent institutions as well as private collectors from across the world. Opportunities to acquire great works of Iznik pottery from the fifteenth century are indescribably rare, with the most significant example last appearing at Sotheby’s in 1996, and this was reflected in the saleroom today. The new benchmark price of £5.4 million pounds was the highpoint of a successful week of auctions which included notable records for Arab and Iranian modern and contemporary artists, many of whom were making their debut on the international stage.”