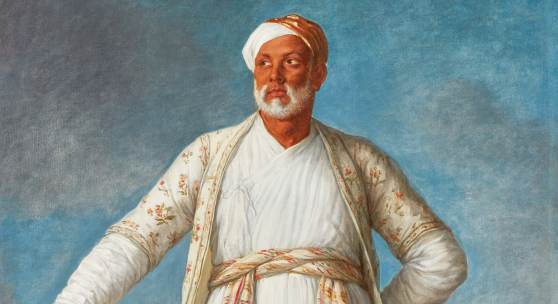 NEW YORK, 4 February 2019 – Sotheby’s annual Masters Week auctions concluded over the weekend in New York, with 620+ paintings, drawings and sculptures selling for an overall total of $99.8 million and nearly 50% of sold lots achieving prices above their high estimate. This total represents the first Masters Week series to achieve $100 million at Sotheby's New York since 2011.

Sotheby’s Masters Week series continues with online sales of Old Masters and 19th Century European Art open for bidding through 6 February. Below is a look at some of the highlights that drove the results of our Masters Week series:

Calvine Harvey, Specialist in Sotheby’s Old Master Paintings Department in New York, commented: “The number of Old Master female artists who succeeded and are known to us today remains incredibly few – in 2018, Sotheby’s sold only 14 works by female Old Masters, compared to 1,100 male artists. It’s important to remember that the obstacles women artists of the pre-Modern era faced were substantial, and those that broke down those barriers were truly triumphant. It was therefore such a thrill to see strong prices throughout our offering of works from The Female Triumphant – none more so than the monumental portrait by Elisabeth-Louise Vigée Le Brun that achieved a new auction record for any work by a female artist of the pre-Modern era. With additional records established for the work Fede Galizia, Angelika Kauffmann, Giulia Lama, Elizabeth Jane Gardner Bouguereau and Virginie Demont-Breton, the market clearly responded to the work of these groundbreaking women, including both new and established collectors.”

During Tuesday night’s sale of Master Paintings,  Elisabeth-Louise Vigée Le Brun’s life-sized Portrait of Muhammad Dervish Khan, achieved an astounding $7.2 million – a new world auction record for any female artist of the pre-modern era. Painted in the summer of 1788 and exhibited at the Salon of 1789, when political unrest had begun to boil in France, the work stands today as a symbolic testament to the relationship between Pre-Revolutionary France and India.

The evening established additional auction records for Fede Galizia, Angelika Kauffmann and Giulia Lama.  A pioneer of the still life genre, which she helped invent in the early 17th-century, Fede Galizia’s A glass compote with peaches, jasmine flowers, quinces, and a grasshopper achieved $2.4 million (estimate $2/3 million). Although she produced fewer than 20 refined, naturalistic still life compositions on panel, these works inspired followers in her lifetime and are now considered her most important paintings. One of the wealthiest families in England, the young generation of Spencers likely depicted in Angelika Kauffmann’s Portrait of Three Children, sold for $915,000, surpassing its high estimate of $800,000. One of the most cultured and influential women of her generation, Angelika Kauffmann holds a place of particular importance in European art history as one of only two female founding members of the Royal Academy.

All five of the works by female artists offered in Friday’s 19th Century European Art auction were sold, totaling $1.8 million, exceeding its pre-sale high estimate of $1 million. The group was led by Elizabeth Jane Gardner Bouguereau’s La captive, which realized 591,000 and established a new auction record for the artist (estimate $250/350,000). Exhibited at the Salon of 1893, the work displays the exceptional skill that led her to be the first and only American woman to win a gold medal at the Paris Salon. Virginie Demont-Breton’s earliest masterpiece Femme de pêcheur venant de baigner ses enfants exceeded expectations, tripling its estimate in bringing $543,000 (estimate $100/150,000) and establishing a new auction record for the artist. Winning Demont-Breton’s first medal at the Salon of 1881, the work propelled her distinguished career as a painter and as a pioneering advocate for women artists.

Christopher Apostle, Head of Sotheby’s Old Master Paintings Department in New York, commented: “We are very pleased with the results of our sale, which demonstrated an enthusiastic, sophisticated and confident market for Master Paintings. Top prices buoyed by demand for fantastic Dutch Golden Age pictures of the highest quality, and global participation across private collectors, institutions and the trade. The results demonstrate the market’s enthusiasm for museum-caliber, fresh-to-market material that is estimated attractively.”


Portrait of Muhammad Dervish Khan from 1788 Sells for $7.2 Million AUCTION RECORD FOR ANY FEMALE ARTIST OF THE PRE-MODERN ERA
Sotheby’s Auktionshaus