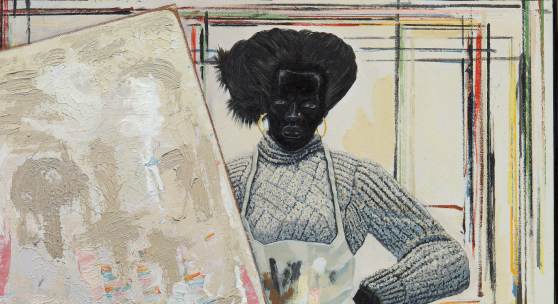 NEW YORK, 1 March 2019 – Today in New York, Sotheby’s first Contemporary Art auction of the spring season totaled an exceptional $36.8 million – well exceeding its $30.8 million high estimate and with a strong 83.4% of lots sold. For the second season in row, Sotheby’s Contemporary Curated auction established the highest-ever total for the series, with new auction records established for Jack Whitten and Loie Hollowell, among others, as well as exceptional prices for artists Kerry James Marshall and Alice Neel.

Immediately preceding the Curated sale was Part I of Sotheby’s and Miss Porter’s School’s benefit auction, By Women, For Tomorrow’s Women, which brought an impressive $3.9 million and achieved a new artist record for Carmen Herrera. The school will use their full proceeds from the sale to support financial aid for its students.

Charlotte Van Dercook, Head of Sotheby’s Contemporary Curated auctions in New York, remarked: “We are overjoyed with the results of today’s sale, which achieved our highest-ever total in the Curated auction series for second season in a row. Sotheby’s had the privilege of again presenting a masterwork by Kerry James Marshall, whose Untitled (Painter) brought the second-highest price for the artist at auction. Following the morning’s white-glove sale of works by women artists to benefit financial aid at Miss Porter’s School, three of our top ten prices in today’s Curated sale were achieved by Alice Neel, Louise Bourgeois and Yayoi Kusama. It is with this tremendous momentum that we look to London for our Contemporary Art auctions next week.”

Today’s Contemporary Curated sale was led by Kerry James Marshall's Untitled (Painter), which brought the second-highest auction price for the artist when it sold for $7.3 million, soaring past its $2.5 million high estimate after a six-minute bidding battle between at least five collectors.

The finest painting by Jack Whitten ever to appear at auction, Special Checking from 1974 established a new auction record for the artist when it sold for an outstanding $2.7 million, shattering its $500,000 high estimate. A powerful example of Whitten’s Slab paintings, the large scale canvas was featured on the cover of the Whitney Museum of American Art’s exhibition catalogue  of works from this celebrates series. Fresh to the market, the work was the first Slab painting to appear at auction following the artist’s death in January 2018. The new top price for Whitten’s work comes on the heels of Sotheby’s record-breaking sale of his Ancient Mentor I in our Contemporary Art Evening Auction this past November, achieving $2.2 million against its $1.2 million high estimate.

Painted in 2008, George Condo’s Smiling Girl with Black Hair brought another top price of the auction when it sold for $1.3 million. A highly refined example of his ability to manipulate the traditional notions of portraiture, the present work shows Condo eschewing a strict adherence to physical appearance as a criteria for successful portraiture, instead striving to capture the nuances of myriad emotional states inherent to the contemporary experience as a means of reflecting both the individual experience and a broader shared culture. Bringing together multiple states of consciousness, the present work recalls the varied emotional states and inner turmoil of Francis Bacon’s various tormented characters, compressed into a single figure.

Making a rare appearance in Sotheby’s Contemporary Curated sale, Alice Neel’s Connie from circa 1945 sold for $920,000, surpassing its highest estimate of $500,000 and establishing the second-highest price for the artist at auction. Executed shortly after the artist lost the support of the Works Progress Administration for her involvement with the Communist Party, this early work that reveals the artist at a point of flux and transition, referencing myriad art historical sources and crafting a composition that, despite its multiple references, is unique. Acquired directly from the artist the same year that it was created, Connie exemplifies Neel’s ability to visually depict the sensation of interpersonal intimacy. Although Neel avoided strict naturalism in her widely celebrated oeuvre, Connie has a singular specificity, divulging minute details about the subject that breathes life into her depiction.

BY WOMEN, FOR TOMORROW’S WOMEN

Preceding the Contemporary Curated auction, the first offering of Sotheby’s and Miss Porter’s School’s benefit auction By Women, For Tomorrow’s Women totaled an impressive $3.9 Million – well in excess of its $2.8 million high estimate, and with an exceptional 100% of lots sold.