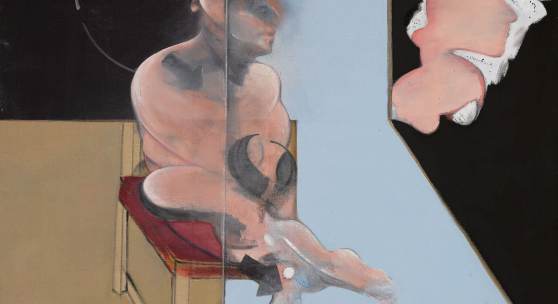 Masterworks by Bacon, Guston, de Kooning and More to Highlight The Gerald L. Lennard Foundation Collection at Sotheby's This May

NEW YORK, 6 March 2019 – Sotheby’s is pleased to announce that works from the Gerald L. Lennard Foundation Collection will highlight our marquee auctions of Contemporary and Impressionist & Modern Art this May in New York.  The Gerald L. Lennard Foundation’s interests include helping to promote programs involving visual and performing arts, healthcare, education and environmental sustainability.  Proceeds from the sale of the 37 works presented will help to benefit the Foundation’s mission now and in the future.

Passionately assembled by successful commodities trader Gerard L. Lennard primarily in the 1970s and ‘80s, the collection features a number of evocative works executed by artists working at the peak of their powers. Highlights include: Willem de Kooning’s Untitled X, a stunning example from the group of works created in 1975 that marked the artist’s transition from a period of radical experimentation to the lush abstracts which are among his most celebrated and sought after works today (estimate $8/12 million); Francis Bacon’s Study for Portrait, the last of the artist’s famed portraits of his lover and muse George Dyer (pictured left, estimate $12/18 million); the most comprehensive group of late works by Philip Guston ever to appear at auction, including Legs, Rug, Floor from 1976 (estimate $6/8 million) and Red Sky from 1978 (estimate $6/8 million); and signature portraits by Frank Auerbarch depicting his wife Julia Wolstenhome and his friend Catherine Lampert.

Works from the collection by Francis Bacon, Philip Guston, Frank Auerbach and Max Beckmann are now on view in Sotheby’s London galleries through 8 March. Additional highlights will travel to Hong Kong and Los Angeles before returning to New York for our exhibitions of Contemporary Art and Impressionist & Modern Art, opening to the public in Sotheby’s expanded and reimagined galleries in New York.

Oliver Barker, Chairman of Sotheby’s Europe, commented: “Gerald Lennard was a devoted collector who actively sought works of extraordinary emotional and psychological weight, which ultimately demonstrates their essential humanity. His personal integrity and honesty are matched by these grand explorations of the human condition – upon entering his New York apartment, visitors were immediately greeted by a fantastic trilogy of works by Guston that fully embodied this ethos. It is an honor to present Gerald’s vision to collectors and connoisseurs this spring.”

Saara Pritchard, Senior Specialist in Sotheby’s Contemporary Art Department in New York, said: “From the extraordinary group of late works by Philip Guston to de Kooning’s staggering 1975 composition and Francis Bacon’s final portrait of George Dyer, Gerry Lennard assembled a bold collection that is a great testament to his distinct eye and impressive legacy. The collection embraces the avant-garde spirit of the artists represented and reflects the taste of an intrepid collector, one who gravitated towards artists who were never afraid to challenge the orthodoxy and move against the grain. The decision to sell the collection together in New York, which is comprised of artists from the London school as much as those largely New York based, was informed by the powerful dialogue between the works. It is our privilege to tell the story of this visionary New York collector through this truly singular collection.”

Laura Paulson, Advisor to the Gerald L. Lennard Foundation, said: “Gerry was a passionate collector with a singular eye who delighted in the strength and beauty of each work he owned. He was a fixture in the New York art galleries from the mid-1970s throughout the 1990s, often accompanied by his close friend and fellow collector David Workman.  Indeed, Gerry and David proved to be a formidable team. Gerry forged long and meaningful relationships with some of the most important galleries and art dealers of the time including Marlborough Gallery, David McKee and Xavier Fourcade which had a profound influence on this great collection.”

COLLECTION HIGHLIGHTS
CONTEMPORARY ART
May 2019
A group of four paintings by Philip Guston from the 1960s and ‘70s represent the finest assemblage of the artist’s late work ever to appear at auction. The group is highlighted by Legs, Rug, Floor from 1976 – a quintessential expression of the tough and groundbreaking figurative style which came to define Guston’s career (estimate $6/8 million). The work exemplifies the innovative paintings that he produced after decades of acclaim as a master of abstract expressionism, replacing his hallmark aesthetic with bold, stylistic and symbolically charged figurative pictures. The tangled limbs, clustered shoe soles and looming clock face of the present work are among the most iconic motifs of this period, marking the very best of the artist’s late output and legacy as one of the most innovative painters of the 20th century.


Francis Bacon Study for Portrait Signed, titled and dated 1981 on the reverse Oil and dry transfer lettering on canvas 78 by 58 in. Executed in 1981 Estimate $12/18 million
Sotheby’s Auktionshaus