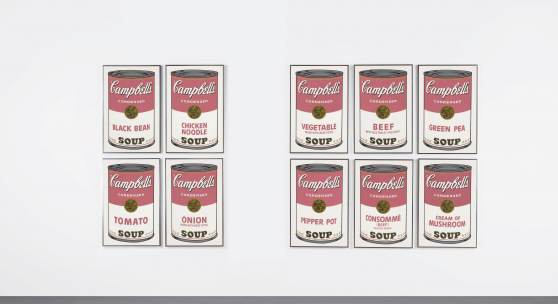 HIGHEST TOTAL FOR A PRINTS AUCTION AT SOTHEBY’S SINCE 2007

NEW YORK, 1 May 2019 – Sotheby’s spring auction of Prints & Multiples concluded yesterday with a total of $13 million – marking the highest total for a Prints auction at Sotheby’s worldwide since 2007, and with a strong 84% of all lots sold. Below is a look at the works that drove these exceptional results.

Mary Bartow, Head of Sotheby’s Prints Department in New York, commented: “We are thrilled to have raised our highest auction total worldwide in over a decade. Our spring auction brought together pivotal examples of 20th century printmaking from many of the great names in modern and contemporary art – many of which were offered from notable private collections. Bidders responded enthusiastically to works by Warhol, Escher, Matisse, de Kooning and more, demonstrating a deep market for prints by iconic 20th century artists.”

In anticipation of the 50th anniversary of the moon landing this July, works by Warhol also included his celebrated Moonwalk screenprints (pictured left). Among the final works that the artist created prior to his death in 1987, Moonwalk was intended as part of a portfolio entitled ‘TV’, which would depict important images from the history of television in America. However, Moonwalk was the only composition from the series that was ultimately printed. Two trial proofs of Moonwalk in unique color combinations each brought $187,500 (estimates $150/250,000 each), while a complete set of two prints sold for $312,500 (estimate $250/350,000).

Works by M.C. Escher were in high demand on Tuesday, with a strong selection of 30 prints by the artist sold for a combined total of $1.2 million. On offer from one of the largest private collections of the artist’s prints to appear at auction in recent years, the group was led by Metamorphosis – a rare impression of the woodcut printed in red and black, which achieved $187,500. In 1939-40, the artist began to move away from his traditional landscapes and experiment with a new set of color combinations as displayed in the present large-scale work.

All six works on offer by Henri Matisse were sold, led by Jazz – one of the most seminal and ground-breaking artist books of the 20th century, which fetched $860,000 (estimate $700,000/1 million). Jazz distills all of Henri Matisse’s essential artistic qualities, combining both simplicity in form and sophistication in technique. While living in Vence from 1943-44, Matisse was unable to paint or draw as freely as he once had due to his ailing health, and consequently returned to the cut-out technique he developed years prior, in preparation for his iconic mural commissioned for the Barnes Foundation in Pennsylvania. Dubbing the process as ‘drawing with scissors’, the artist used large shears to create cut-outs, which became a new medium unto themselves and laid the groundwork for a new chapter of his artistic output that would define his later career.

Donald Judd’s complete set of ten woodcuts Untitled (Schellmann 157-166) fetched $400,000 on Monday night – surpassing its $350,000 high estimate. Most readily known for his sculptures, Judd stayed true to the simple structures he had created in other mediums throughout his work. In Untitled, each print in the portfolio compliments another, forming a deconstructed yet arresting puzzle of vivid red. The inked raised surfaces and negative space created by the voids directly relates to the spatial considerations of Judd’s three-dimensional work.

Returning to auction after remaining in the same private collection for over 20 years, Willem de Kooning’s Litho #1 (Waves #1) (Graham 2) achieved $500,000, meeting its high estimate. Heralded as a vital contribution to post-war American prints, Litho #1 (Waves #1) represents de Kooning’s first serious foray into printmaking, created during a visit to the printmaking studio of the University of California, Berkeley. Larger in scale than most prints of the era and extraordinarily impactful, Litho #1 (Waves #1) achieves depth and texture in the sweeping strokes of ink that contradicts its two-dimensionality, and the remarkable composition is imbued with the same force the artist had already mastered in his paintings.