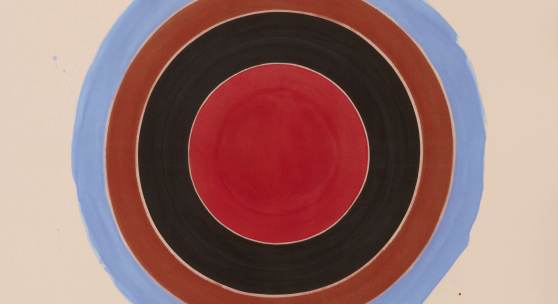 Charlotte Van Dercook, Head of Sotheby’s Contemporary Curated auctions in New York, said: “Friday's Contemporary Curated auction once again showed the consistent strength of our market, as we achieved more than $30 million for the fifth sale in a row. We were thrilled to present a number of charitable sequences this October, highlighted by the Mercedes-Benz Project Geländewagen maquette, which raised funds for the Virgil Abloh™ ‘Post-Modern’ Scholarship Fund. The sale also saw significant results for works by Black artists, with new artist records established for Romare Bearden, as well as Titus Kaphar, and Simone Leigh—two artists whose auction records were previously set at Sotheby’s earlier this year. Also, works by established masters Kerry James Marshall, Jean-Michel Basquiat, and Barkley L. Hendricks all achieved over $1 million, driving the overall total of the sale. We look forward to carrying this momentum into our autumn sales next week in Hong Kong.”

Virgil Abloh, Chief Creative Director and Founder of Off-White and Artistic Director of Louis Vuitton: “Now more than ever those of us who have voices and have opened doors need to keep them open, and make sure that the conversation includes the youth” Abloh adds. “This is what we’re working to achieve through my Post Modern Scholarship fund. Everything that I’ve done in my career has been to pave the way for the next generation, and now with the help of Mercedes-Benz we’re able to take that one step further.”

Co-Curator and Mercedes-Benz Chief Design Officer, Gorden Wagener, said: “I am honoured to be the co-curator for Sotheby’s esteemed auction this year alongside Virgil. Mercedes-Benz has always been passionate about inspiring creativity, and the idea behind Project Geländewagen was to investigate new definitions of luxury and design. Given the times we are living in, we felt compelled to give back and do something to help shape the future, which is what this project was all about.”

Kenneth Noland’s Ember was the top lot of the morning session, selling for $2.6 million. The 1960 painting is an early and quintessential example of the artist’s famed target series, which embodied a radical break from the tradition of abstract painting before it. Ember is a seminal manifestation of the artist's Hard-Edge Abstraction, and captures Noland as he harnessed painting’s elemental attributes, making them synonymous with one another and redefining contemporary art in the process. Exemplifying the artist's ability to use simple geometry to engage physical notions of movement, speed and weight all without employing gesture, Ember marks a new path forward in a lineage of postwar abstraction.

Further highlights included Barkley L. Hendricks’s Latin from Manhattan…the Bronx Actually from 1980, which sold for $1.5 million. Hendricks’s signature depictions of cool, stylish and self-aware Black subjects revolutionized the canonical practice of portraiture in late 20th century American art. The present work is an extraordinary example of the artist’s unrivaled ability to conjure compelling personalities with astonishing specificity, and to capture not just a subject’s facial features but their aura. Kerry James Marshall’s enigmatic The Wonderful One from 1986 achieved $1.8 million, well surpassing its $700,000 high estimate. Rounding out the morning session, Romare Bearden’s The Fortune Teller, a masterwork from 1968, established a new auction record for the artist when it sold for $770,200.

Titus Kaphar’s Page 4 of Jefferson’s “Farm Book” from 2018 opened the afternoon session by establishing a new auction record for the artist when it brought an outstanding $854,900, more than double its $300,000 high estimate. A master of painting’s most essential elements, the work reimagines the tradition of portraiture, drawing inspiration from classical works using them as source materials for his own paintings. Kaphar casts a critical eye to the polished surface of art history, revealing the inequalities that undergird Western culture’s most celebrated aesthetic gestures.