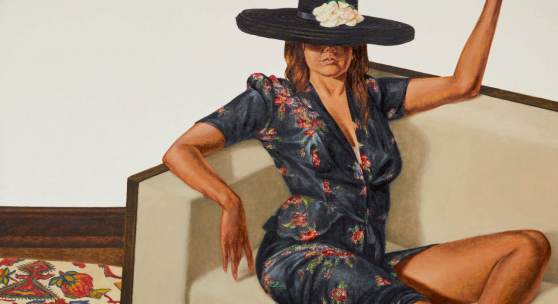 Two Works by Pierre Bonnard
Soar Past $700,000 High Estimate to Achieve $1.2 Million Each

NEW YORK, 20 November 2020 – This week, Sotheby’s Day Sales of Contemporary and Impressionist & Modern Art in New York totaled $79.4 million across a total of three live and online sales. For the first time, the Day Sales took center stage as stand-alone auctions and Sotheby’s most prominent art sales in the month of November, with more than 300 works sold and 25 works achieving more than $1 million across the sales.

The Impressionist & Modern Art Day Sale established a new Sotheby’s record for an online sale, achieving $30.5 million, more than doubling the previous record set by the Contemporary Art Day Sale in May, which achieved $13.7 million. The result follows the superlative results from the October Impressionist & Modern Art Evening Sale in New York, which was 100% sold. Sotheby’s Online sales have achieved an astounding $437 million year to date, on track to record a 500% increase over the previous year.

Featuring many of the most in-demand and sought after artists in Contemporary and Impressionist & Modern Art, the Day Sales achieved several notable artist results, including auction records for assemblage artist Betye Saar, whose work is currently the subject of a solo exhibition at The Morgan Library & Museum in New York, and French Symbolist painter Lucien Lévy-Dhurmer, as well as the second highest auction result for Barkley L. Hendricks, whose top five auction prices have all been achieved at Sotheby’s. Additional artist records were achieved for Cuban artists Raúl Martinez, Eduardo Ponjuan, and René Francisco, as well as Venezuelan artist Genaro Moreno.

Coinciding with this week’s Day Sales, Sotheby’s single-owner auction Property from the Collection of Nelson Rockefeller: Eastern Traditions & Western Visions achieved $9.2 million, nearly three times the sale’s high estimate, with an astounding 95% sell through rate. The sale was highlighted by two pairs of “Le Poing” sconces by Alberto Giacometti, achieving $1.9 and $1.8 million, each surpassing its high estimate of $350,000.

Sotheby’s sales of Contemporary and Impressionist & Modern Art in New York continue in December with a new, cross-category auction that will bring together masterworks encompassing the most renowned artists from the late 19th century to the most in-demand contemporary artists working today. The marquee Impressionist, Modern & Contemporary Art | An Evening Sale will be held in New York and livestreamed to the world on Tuesday, 8 December. Highlighting the sale is Pablo Picasso’s masterful late-period painting Buste de Femme Assise, executed in 1962. The portrait captures Picasso’s beloved second wife Jacqueline Roque, who remained with him until his death in 1973, and is a timeless rendition has a force and freedom the artist only achieved in the last decade of his career. Separate press release available for more information.

Nicole Schloss, Co-Head of Sotheby’s Day Auctions of Contemporary Art in New York, commented: “This week’s resoundingly successful Day Sales of Contemporary Art were a showcase of works of the highest quality at all levels of the market, with solid results for leading post-war and contemporary artists including Helen Frankenthaler, Alexander Calder, Wayne Thiebaud, Keith Haring, Fernando Botero, and more. Whether offered in a live or online auction, the results from the Day Sales were an affirmation that the market remains strong for both emerging and well-established artists.”

Max Moore, Co-Head of Sotheby’s Day Auctions of Contemporary Art in New York, said: “We are extremely pleased with the results of this week’s sales. Strong results continued for artists rising in the market, such as Barkley L. Hendricks, Matthew Wong, Titus Kaphar, and Jonas Wood, among others. It was also exciting to see works by the renowned Betye Saar, which rarely appear at auction, set new benchmarks at auction, far surpassing their high estimates. The Day Sale continues to be the premier platform for collectors to discover the most sought after artists of their time.”