SALVATORI PRESENTS ‘ASSEMBLY’ BY YABU PUSHELBERG: THE SECOND COLLECTION TO JOIN THE VILLAGE 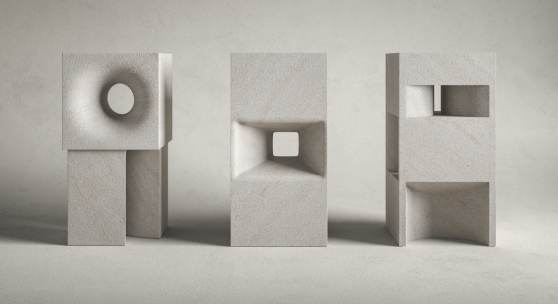 Querceta (Lucca), 20 April 2021 – Last year, values and priorities shifted and things that perhaps we had once taken for granted or not particularly thought about, suddenly took on a new significance. One of those was our home, the place that many of us may have previously treated as four walls and a place to sleep, and which suddenly came to represent something far more profound and meaningful.

This realisation was the starting point for The Village, the brainchild of CEO Gabriele Salvatori, and was quickly embraced by the group of internationally renowned architects and designers he shared it with, inviting each of them to interpret their concept of home.

The result is a series of miniature houses, created with the aim of drawing attention not only to the importance of the home as a safe and special place that provides protection and refuge, but also the need for a collective approach to facing adversity.

New York-based design studio Yabu Pushelberg debuts its contribution to the project today with Assembly, a trio of sculptural-like minimalist pieces that respond to the unpredictable, authentic beauty of life itself.

Finding fluidity in the solidity of natural stone, and inspired by the ancient city of Petra, George Yabu and Glenn Pushelberg carved out blocks of Crema d’Orcia limestone to create amorphic shapes and rectilinear geometric forms.

The individual towers are named Self, Collective and Convergence, representative of the individual, the community and their intersection. Each piece can stand alone, but when grouped together, there is an innate beauty in the way they communicate and engage with one another.

“We started from the concept given to us of The Village, which is an assembly of people gathering together, living closely, socialising. If you look at these towers, they look like stacked dwellings in a village. From there, we embraced Assembly as the name for the collection.” – George Yabu and Glenn Pushelberg