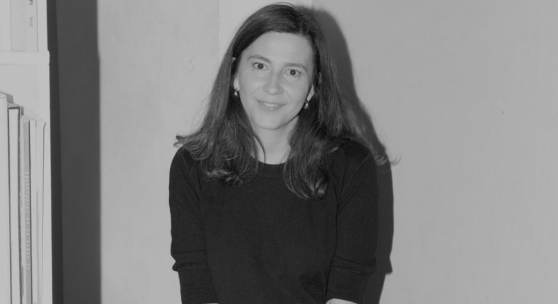 The 25th edition of Paris Photo has just closed its doors at the Grand Palais Ephémère after a great success, and the team is pleased to announce that Anna Planas is joining it as Artistic Director. “I am especially happy to welcome Anna to the Paris Photo team. We are going to work closely on the possibilities that open up to us in the redeployment context in 2024 at the Grand Palais. In this context, we will pay particular attention to the various ways in which the medium and image evolve, as well as those up and coming.” Florence Bourgeois, Director of Paris Photo

BIOGRAPHY
After doing a masters in cultural management at Barcelona University, and a position in public relations for the major cultural event, the Universal Forum of Cultures, Barcelona, in 2004, in 2006 Anna Planas moved to Paris to concentrate on photography as her career.

She was employed by the Magnum agency and actively took part in creating the BAL, then the Magnum gallery in Saint-Germaindes-Prés, managing the artistic direction.

After more than 7 years with Magnum, Anna Planas co-founded Temple, a gallery stemming from the wish to experiment with the photographic medium. Over 4 years, she organised exhibitions of more than thirty artists, often for the first time, including Sylvain CouzinetJacques, Samuel Gratacap, Benjamin Mouly, Lotte Reinmann, Katja Stuke, Marine Peixoto or Bruno Zhu.

Through Temple’s network, and connections established with the artists, she has had the opportunity to design exhibitions in international institutions and festivals. For example she is the curator of the major collective exhibition “The Hobbyist” presented at the Fotomuseum Winterthur then the Rencontres d’Arles. Photography has been presented in all its forms in all the exhibitions she has designed, and in all its plasticity, in dialogue with other mediums.

In 2019, the Rencontres d’Arles entrusted her and Pierre Hourquet to oversee the Temple Arles Books project, a fair dedicated to the book of photography and programme space within the festival. During the opening week of the festival, this area accommodated almost sixty exhibitors, twenty round tables, performances and five exhibitions.

She has managed the Delpire & Co publishing house book shop-gallery and artistic direction since it was created in Paris in 2020. She has organised exhibitions and installations of invited artists there, such as Theaster Gates, Patti Hill, Vivian Maier, Stéphanie Solinas and William Klein, and partnerships with institutions, like the Paris Photo Book Prize – Aperture. In two years the delpire & co book shop-gallery, located in the heart of Saint-Germain-des-Prés has become one of the major players in discovering books of photography in Paris